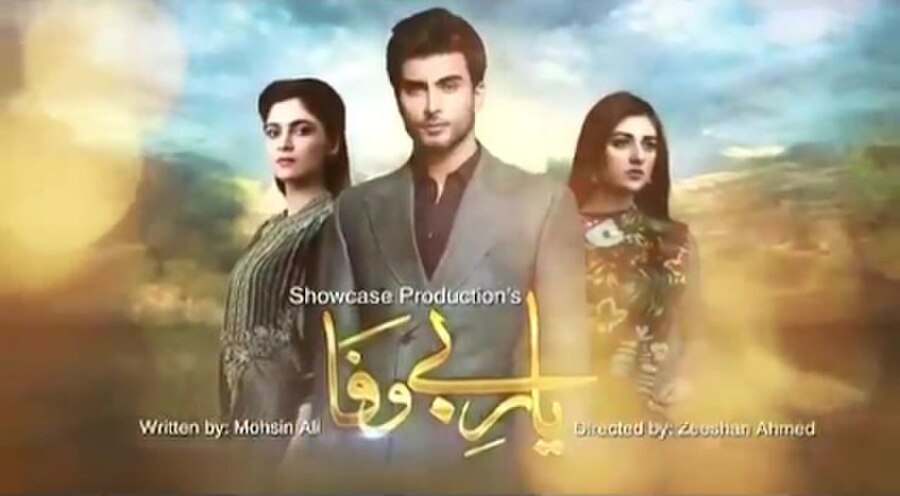 Yaar-e-Bewafa is a Pakistani romantic drama serial that aired on Geo Entertainment and is written by Mohsin Ali. It is produced by Wajahat Rauf and Shazia Wajahat under Showcase Productions and directed by Zeeshan Ahmed. It stars Imran Abbas, Sarah Khan and Arij Fatyma in lead roles, and premiered on 6 July 2017 on Thursdays at 8:00 P.M on Geo TV.