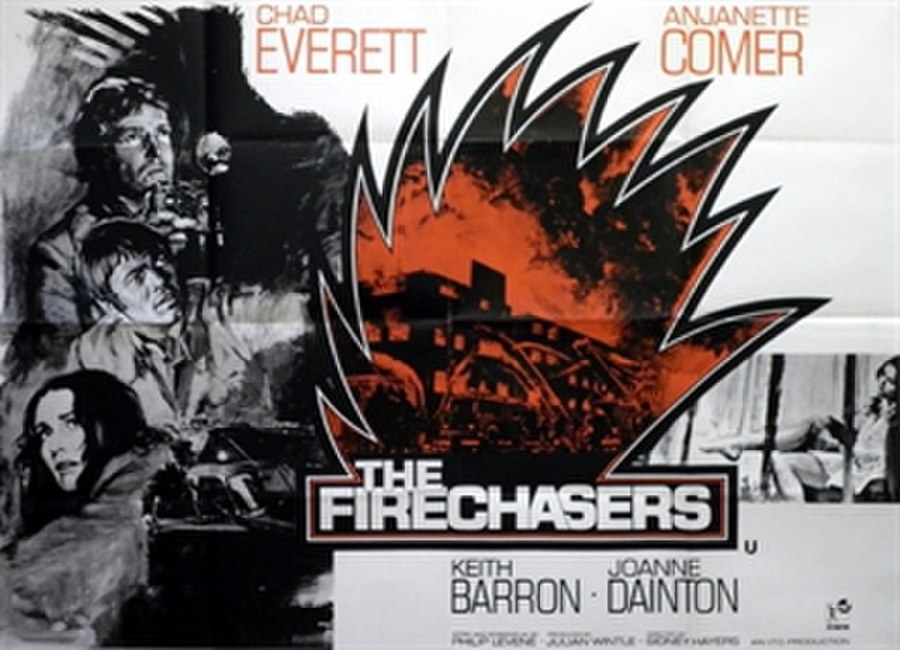 The Firechasers is a 1971 British crime film directed by Sidney Hayers and starring Chad Everett, Anjanette Comer, and Keith Barron. Its plot concerns an insurance investigator who tries to find out who is behind a series of arson attacks. The film was shot at Pinewood Studios.

While investigating the cause of a series of lethal fires in London, U.S. insurance man Quentin Barnaby (Chad Everett) falls in love with beautiful journalist Toby Collins (Anjanette Comer). Working alongside and pooling information with Toby and her photographer, Jim Maxwell (Keith Barron), Barnaby hopes they share a common goal, that of "firechasing" the identity of the arsonist responsible.