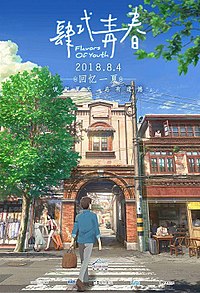 Flavors of Youth (, lit. "From Season to Season"; ) is a 2018 anime/Donghua anthology drama film directed by Li Haoling, Jiaoshou Yi Xiaoxing and Yoshitaka Takeuchi and produced by Noritaka Kawaguchi. A Japanese-Chinese co-production between CoMix Wave Films and Haoliners Animation League, it was released in Japan and in China on August 4, 2018, and globally on the same day by StudioCanal and Netflix.

The film is divided into three storylines: Hidamari no Choshoku (The Rice Noodles), Chiisana Fashion Show (A Little Fashion Show), and Shanghai Koi (Love in Shanghai).