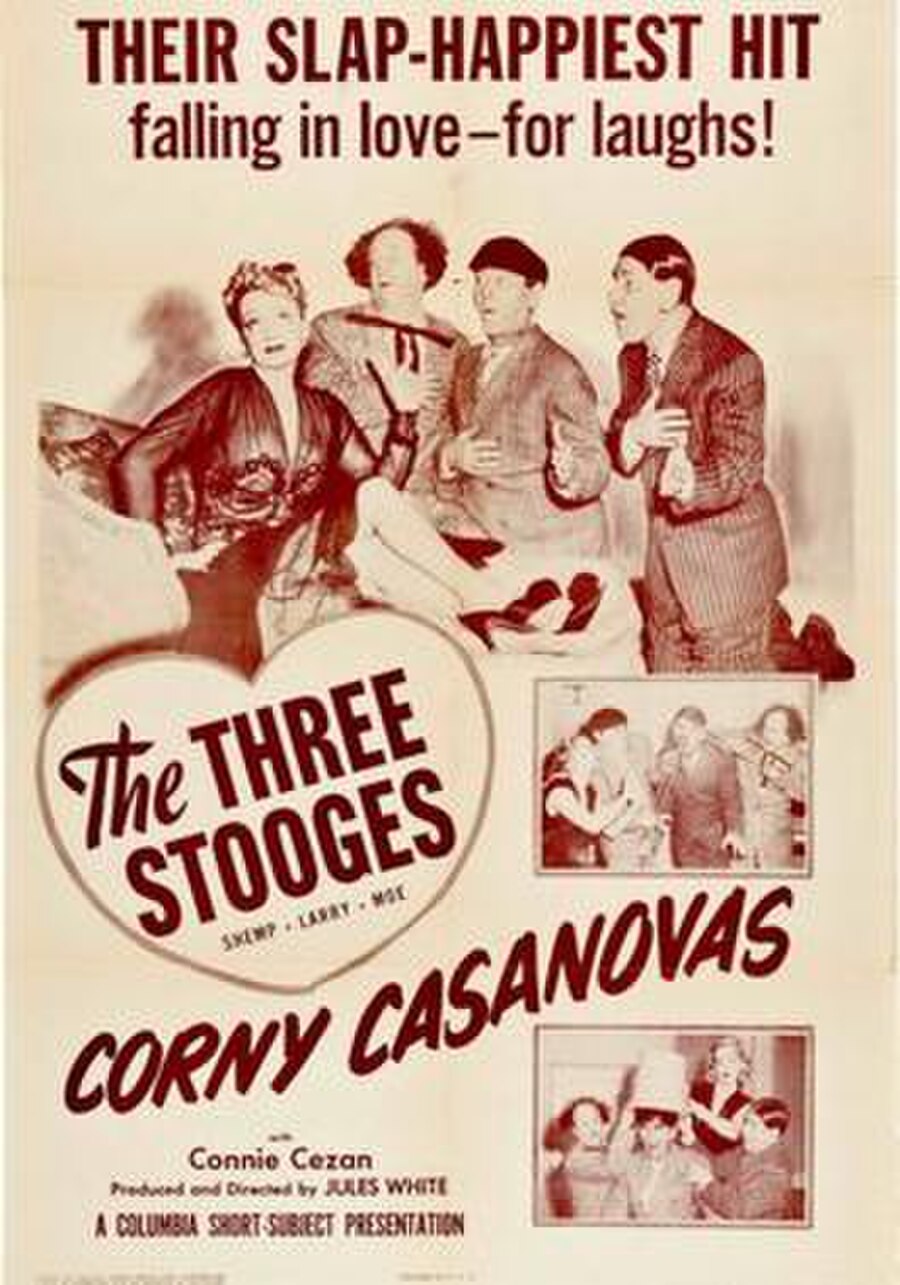 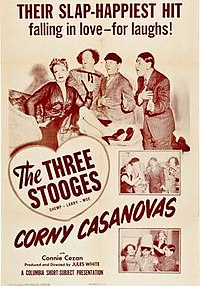 Corny Casanovas is a 1952 short subject directed by Jules White starring American slapstick comedy team The Three Stooges (Moe Howard, Larry Fine and Shemp Howard). It is the 139th entry in the series released by Columbia Pictures starring the comedians, who released 190 shorts for the studio between 1934 and 1959.

The Stooges are happily cleaning the house, as they dream about getting married in a few hours. The usual antics occur as the boys make a near shambles of their home.