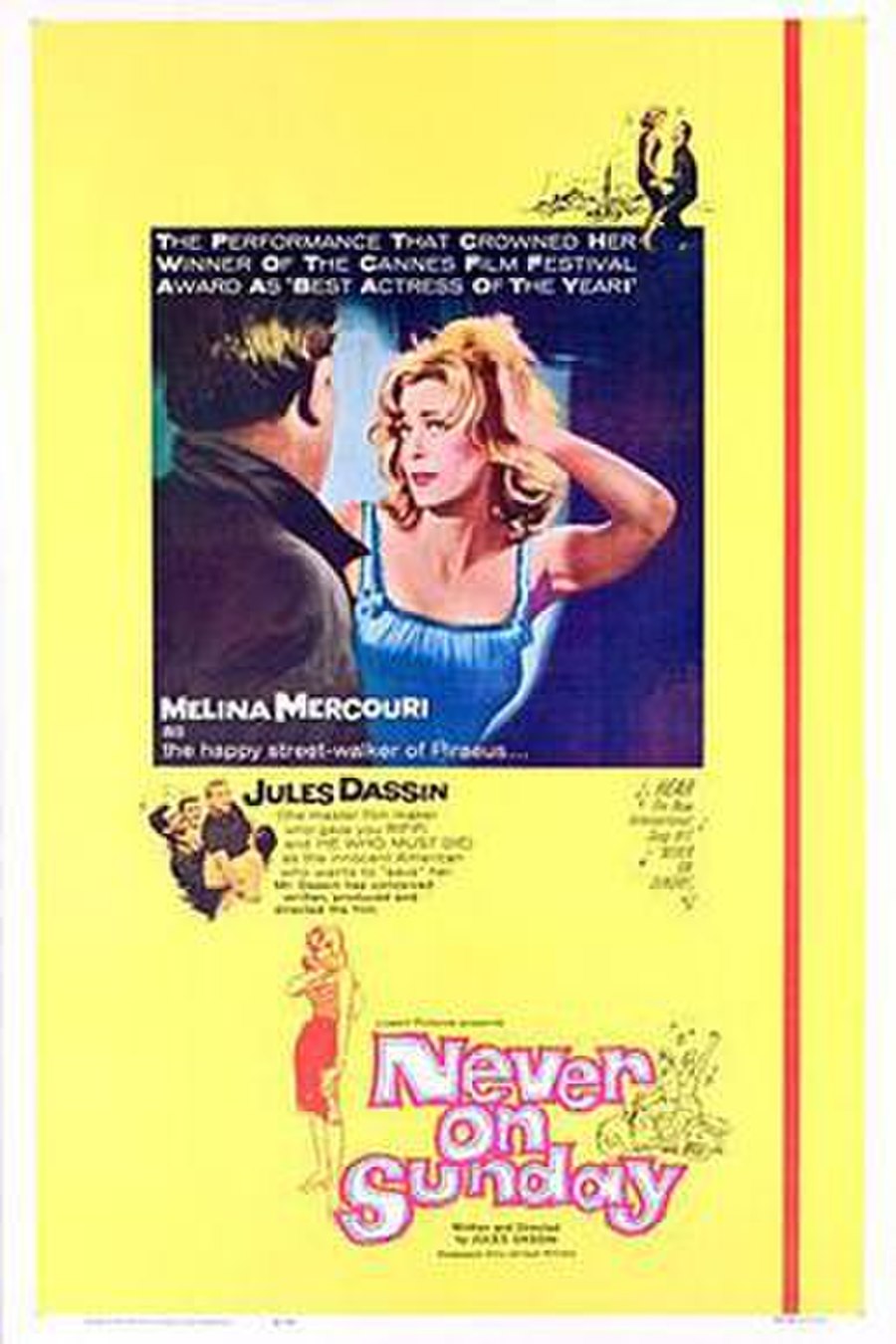 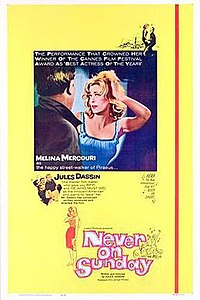 Never on Sunday (, ) is a 1960 Greek romantic comedy film, written by, directed by, and starring Jules Dassin.

Ilya, a self-employed, free-spirited prostitute who lives in the port of Piraeus in Greece, meets Homer, an American tourist and classical scholar who is enamored of all things Greek. Homer feels Ilya's life style typifies the degradation of Greek classical culture, and attempts to steer her onto the path of morality, while, at the same time, Ilya attempts to loosen Homer up.