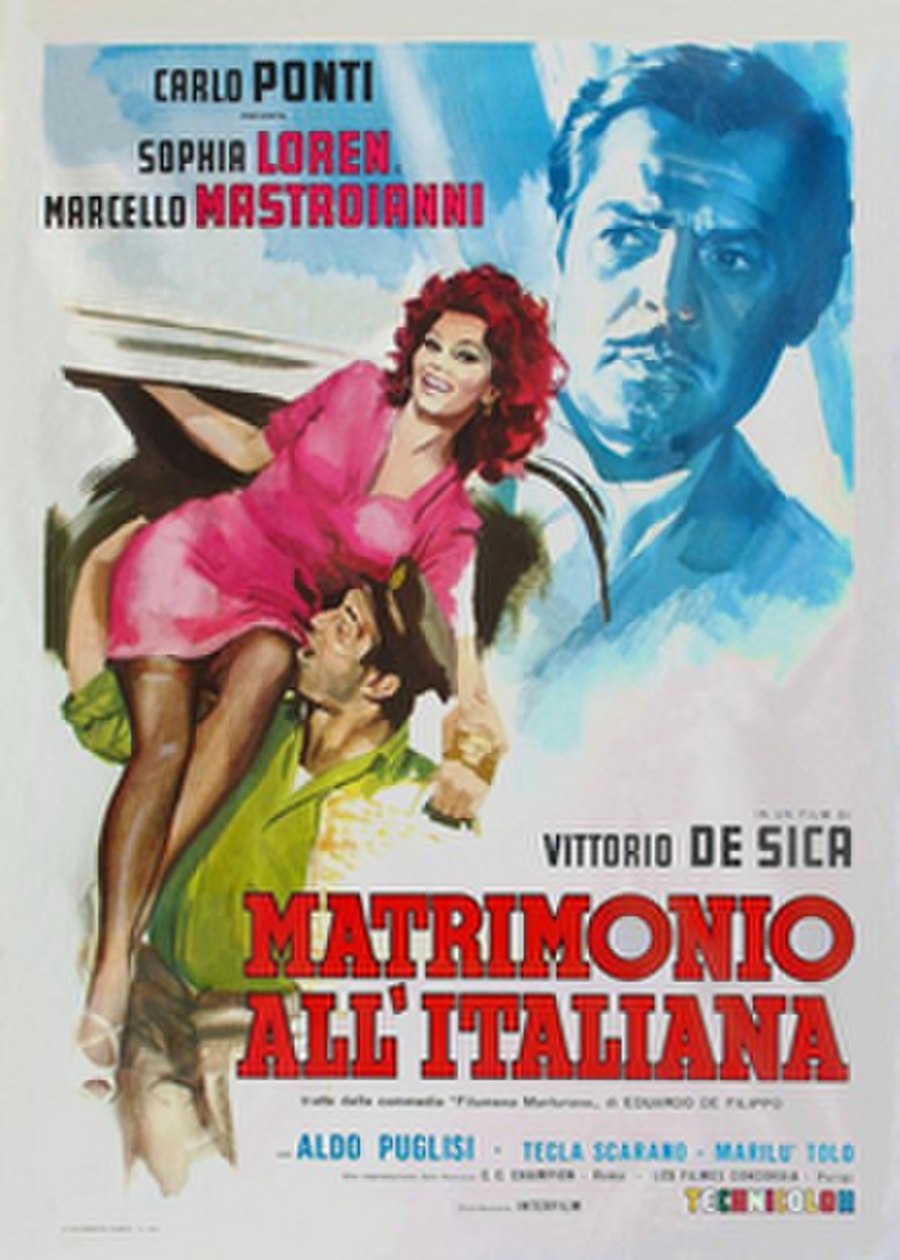 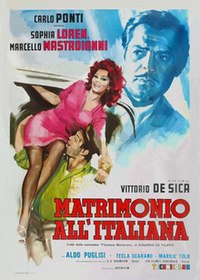 It tells the World War II era story of a cynical, successful 28 years old businessman named Domenico (Marcello Mastroianni), who, after meeting a naive 17 year old country girl, Filumena (Sophia Loren), one night in a Neapolitan brothel during bombing outside , keeps frequenting her for years in an on again-off again relationship spanning 22 years. From the very beginning, Filumena is deeply in love with Domenico but her love is not reciprocated. After Filumena expresses her wish to be solely his woman, Domenico arranges a lease for her with Rosalie as maid and Alfredo(Aldo Puglisi) as the butler and arranges a job for her in his shop. He eventually takes her in his house as a semi-official mistress under the pretense that she is the niece of Carmela (his mother's old maid) to take care of his ailing, senile mother. Domenico's mindset about Filumena's past keeps him from taking their relationship seriously.