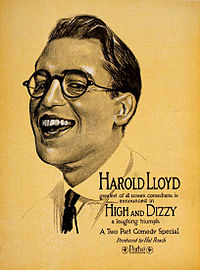 The film revolves around a young woman who sleepwalks and the doctor who is attempting to treat her. The climactic scene involves the young woman sleepwalking precariously on the outside ledge of a tall building, anticipating Lloyd's more famous skyscraper-scaling scenes in Safety Last! (1923). A subplot has Lloyd and his friend getting inebriated on homemade liquor and then trying to avoid a prohibition-era policeman who pursues them for being drunk.