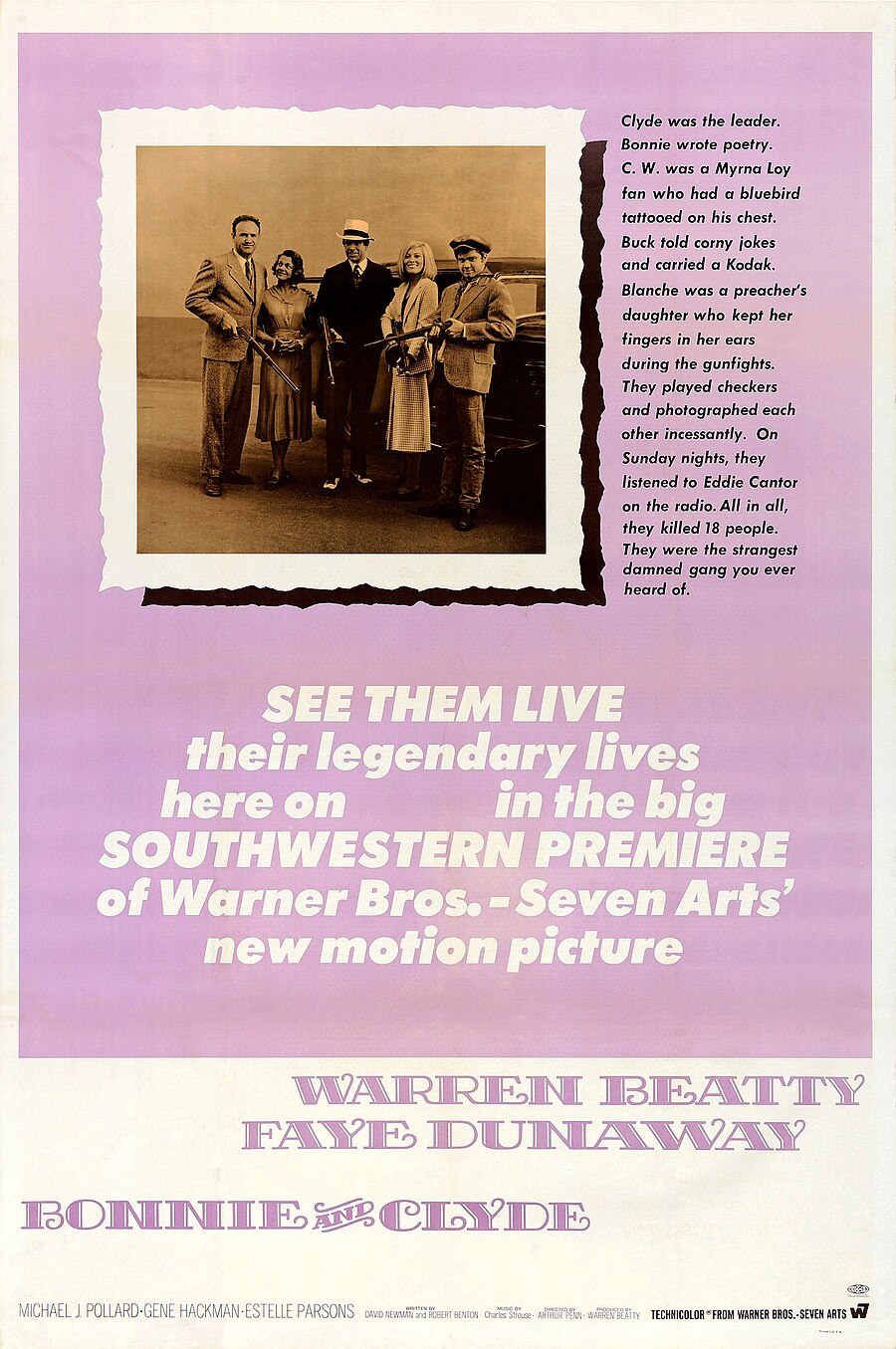 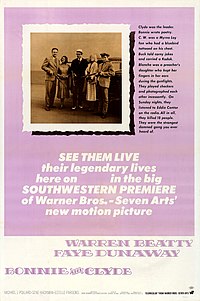 Bonnie and Clyde is a 1967 American biographical crime film directed by Arthur Penn and starring Warren Beatty and Faye Dunaway as the title characters Clyde Barrow and Bonnie Parker. The film also features Michael J. Pollard, Gene Hackman, and Estelle Parsons. The screenplay was written by David Newman and Robert Benton. Robert Towne and Beatty provided uncredited contributions to the script; Beatty produced the film. The soundtrack was composed by Charles Strouse.

In the middle of the Great Depression, Clyde Barrow and Bonnie Parker of Texas meet when Clyde tries to steal the car belonging to Bonnie's mother. Bonnie, who is bored by her job as a waitress, is intrigued by Clyde, and decides to take up with him and become his partner in crime. They pull off some holdups, but their amateur efforts, while exciting, are not very lucrative.