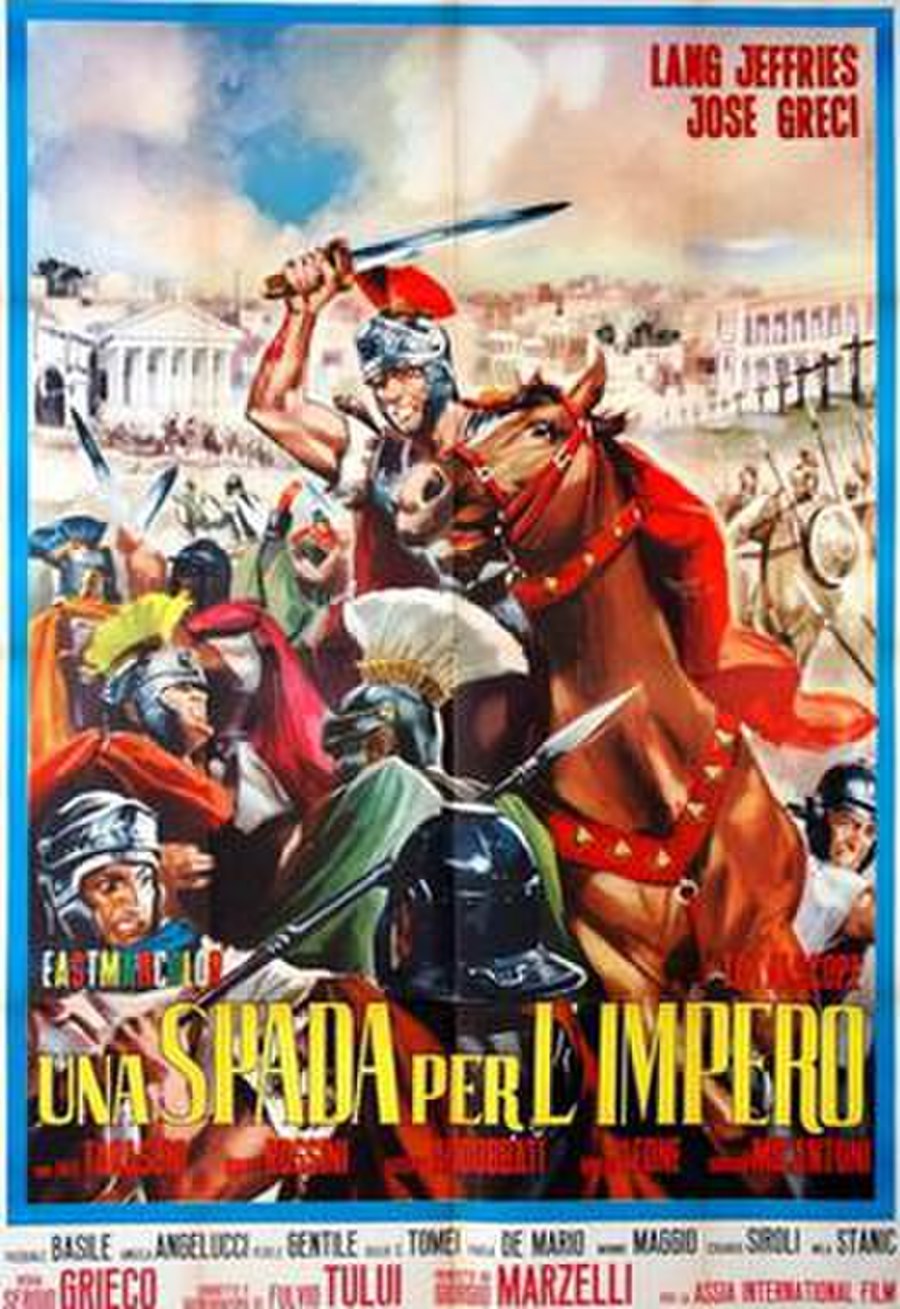 Sword of the Empire is a 1964 Italian peplum film directed by Sergio Grieco.

In AD 190 Rome is in terror. The barbarians have crossed the Alps leaving Rome under threat. Emperor Commodus is becoming increasingly hateful. Christians are being persecuted and the situation is becoming worse. Only one man can help. Consul Quintus Marcus is allied with legionnaires, gladiators and Christians and decides to generate an insurrection against the emperor. His fellow officers say they will fight with him but Rome needs Quintus Marcus, "the sword of the people!!!"