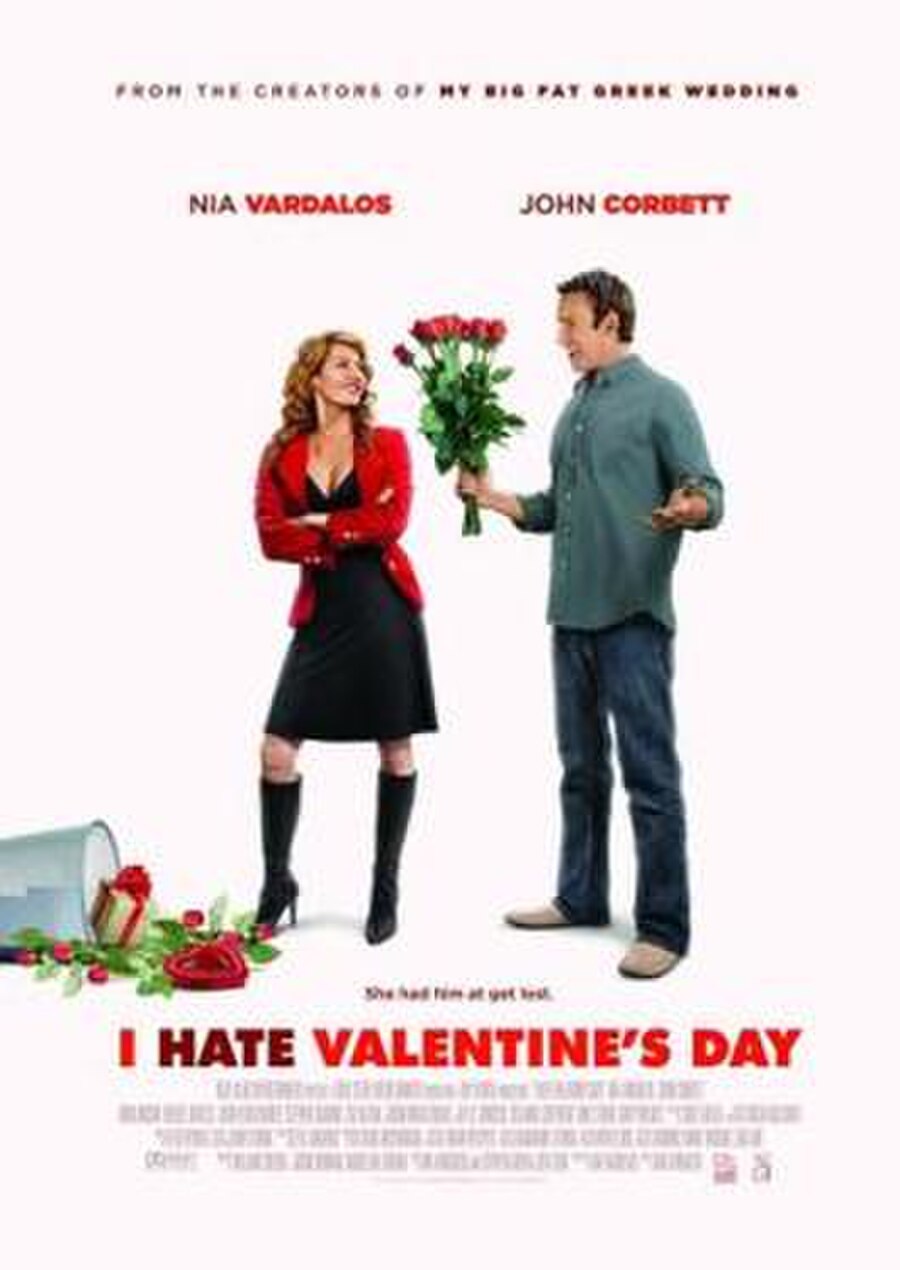 I Hate Valentine's Day is a 2009 romantic comedy film written and directed by Nia Vardalos. The film stars Vardalos and John Corbett, previously seen together in Vardalos' hit 2002 film My Big Fat Greek Wedding. The film was released on July 3, 2009, by IFC Films.

Florist Genevieve Gernier (Vardalos) believes that the best way to achieve romantic fulfillment is to never go on more than five dates with the same man. She is forced to reassess her philosophy when she meets Greg Gatlin (Corbett), a restaurateur who moves into her neighborhood.