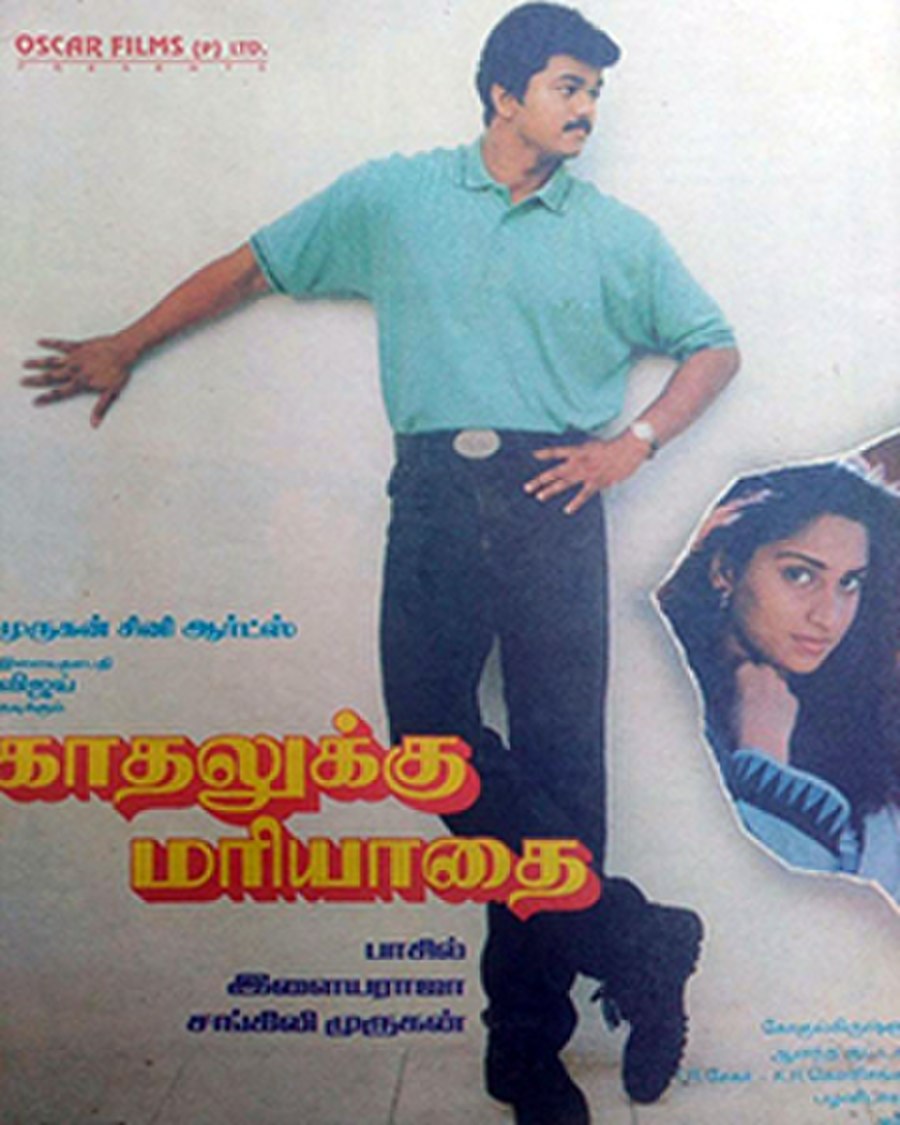 Kadhalukku Mariyadhai is a 1997 Indian Tamil-language musical romantic drama film directed by Fazil. It is a remake of Fazil's own Malayalam film Aniathipravu (1997). The film stars Vijay and Shalini in the lead roles portrayed by Kunchacko Boban and Shalini herself in the original, with Sivakumar, Srividya, Manivannan, Charle, and Radha Ravi playing supporting roles. The music was composed by Ilaiyaraaja with cinematography by Anandakuttan.

Jeevanantham (Vijay) is a very rich young man. Although his parents (Chandrasekhar (Sivakumar) and Srividya) want him to settle down, he goes to another city to do his MBA and stays with friends. During this time, he meets Mini (Shalini), and they fall in love. She reciprocates his feelings, but trouble comes in the form of her tyrannical trio of brothers - James (Radha Ravi), Thomas (Thalaivasal Vijay), and Stephen (Shaji Khan) - who are overprotective of their sister and take an irrational dislike to Jeeva. They show hostility towards Jeeva, and conflicts arise within the households. When the couple decides to elope, they go to Kesavan's (Charle) hometown, and his father (Manivannan) refuges them before the proposed wedding. Jeeva tries to convince his mother one last time and in vain. On the day of the wedding, both realize that they miss their families. They decide to return home, relinquishing their feelings, and the families are happy and take them back. Jeeva's mother wants to see Mini so that she can get a better wife for her son and goes to meet Mini. Initially reluctant to welcome them, the brothers hesitate, but their mother welcomes them. Ultimately their families accept their love, and they are reunited.