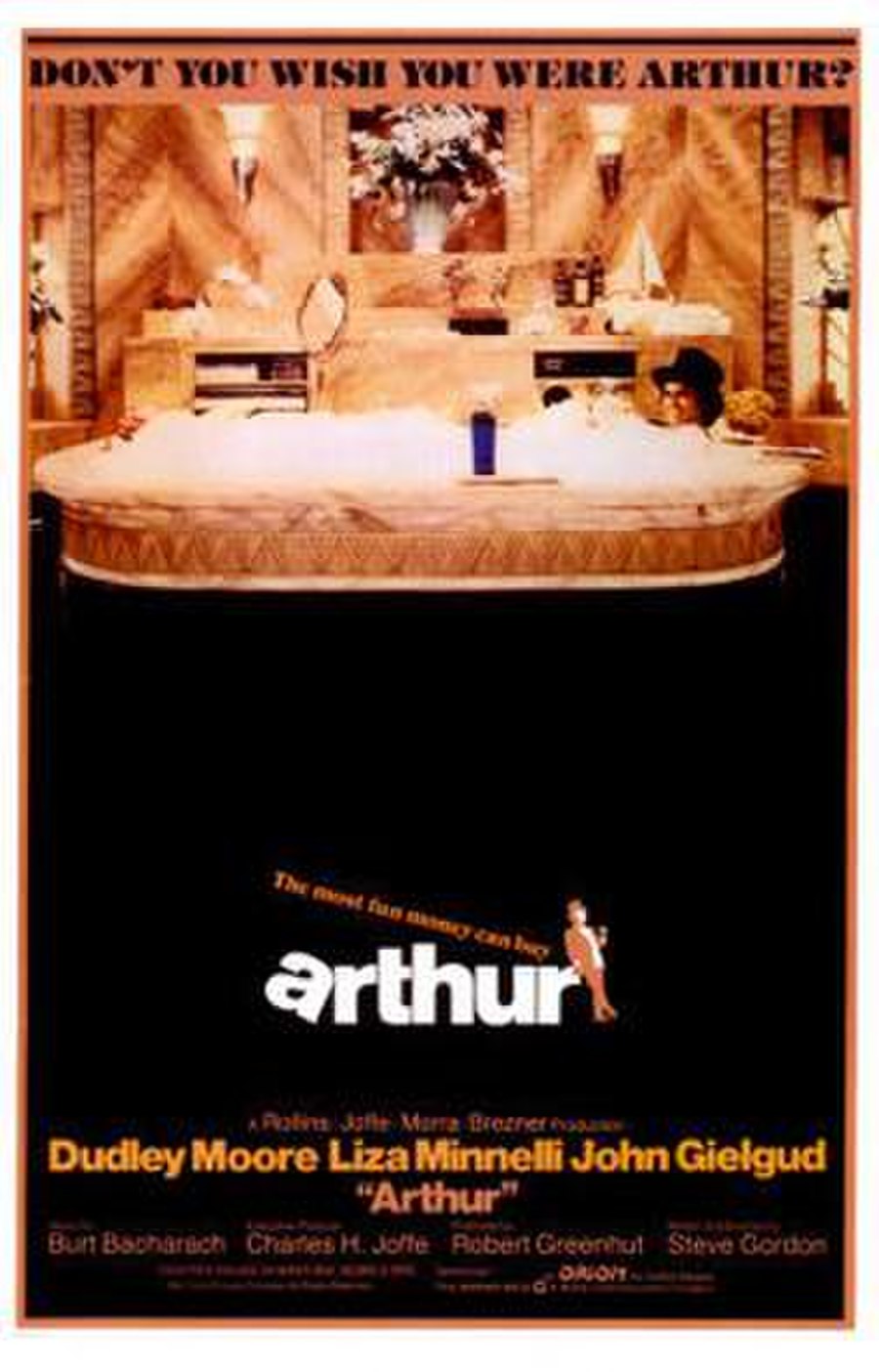 Arthur is a 1981 American comedy film written and directed by Steve Gordon. It stars Dudley Moore as the eponymous Arthur Bach, a drunken New York City billionaire who is on the brink of an arranged marriage to a wealthy heiress, but ends up falling for a common working-class girl from Queens. It was the sole film directed by Gordon, who died in 1982 of a heart attack at age 44.

Arthur Bach is a spoiled alcoholic from New York City, who likes to be driven in his chauffeured Rolls-Royce Silver Wraith limousine through Central Park. Arthur is heir to a portion of his family's vast fortune, which he is told will be his, only if he marries the upper class Susan Johnson, the daughter of a business acquaintance of his father. He does not love Susan, but his family feels that she will make him finally grow up. During a shopping trip in Manhattan, accompanied by his valet, Hobson, Arthur witnesses a young woman, Linda Marolla, shoplifting a necktie. He intercedes with the store security guard on her behalf, and later asks her for a date. Despite his attraction to her, Arthur remains pressured by his family to marry Susan.