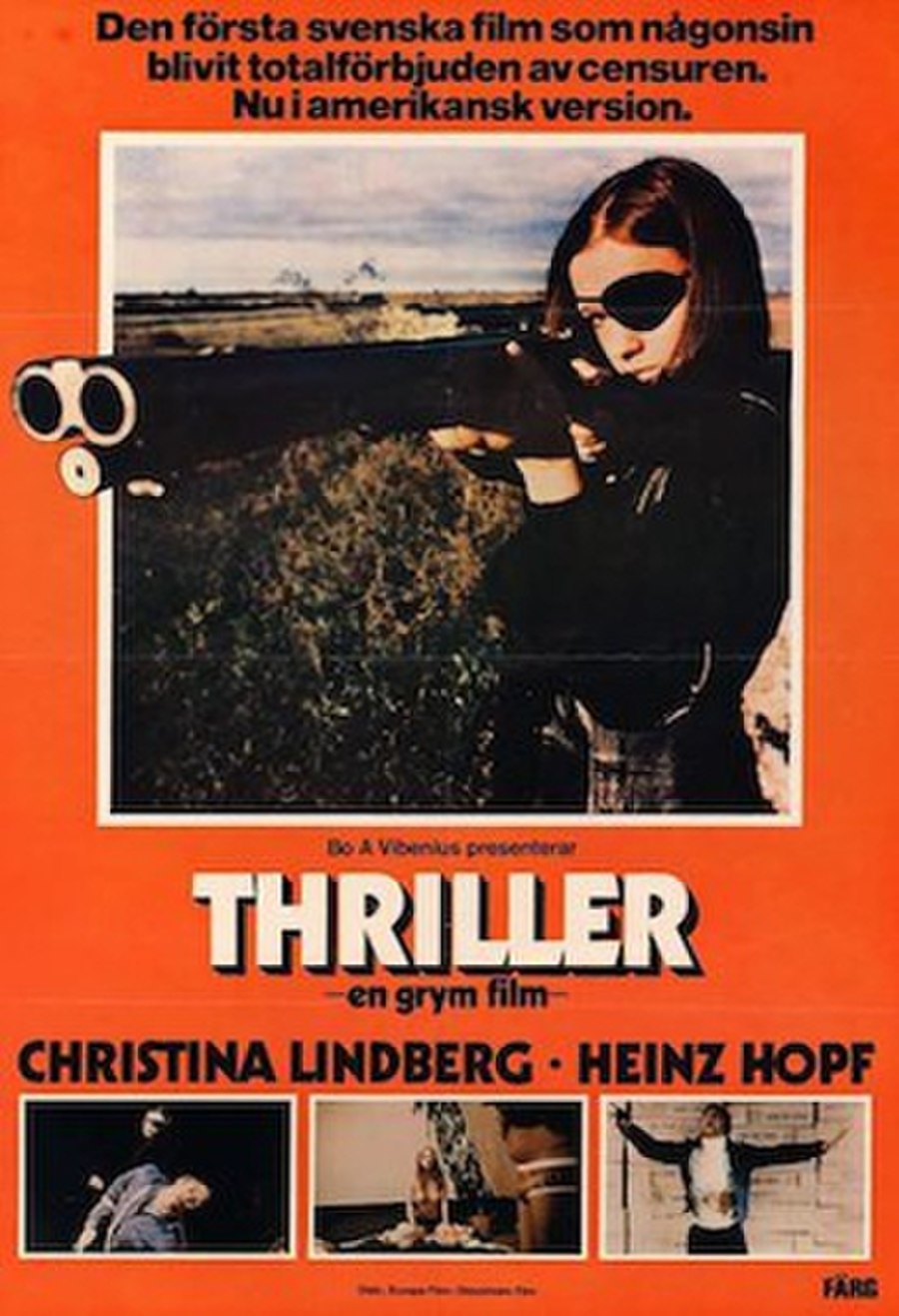 Thriller – A Cruel Picture (, also known as They Call Her One Eye, Hooker's Revenge and Thriller) is a 1973 Swedish rape-and-revenge exploitation film written and directed by Bo Arne Vibenius under the pseudonym Alex Fridolinski. It tells the story of a mute young woman (played by Christina Lindberg) who is forced into heroin addiction and prostitution, and her revenge on the men responsible.

A quiet girl, Madeleine (Christina Lindberg), is sexually assaulted as a child, and the trauma makes her mute. One day when she is older she accepts a ride from a man, Tony (Heinz Hopf), who makes her a heroin addict, and then becomes her pimp. To hide the fact that she was kidnapped, the pimp writes hateful letters to her parents who become so distraught they commit suicide. At one point, she is stabbed in the eye for refusing a client. Madeleine then begins saving money to purchase a car to escape and take lessons in driving, shooting, and martial arts in order to take revenge.