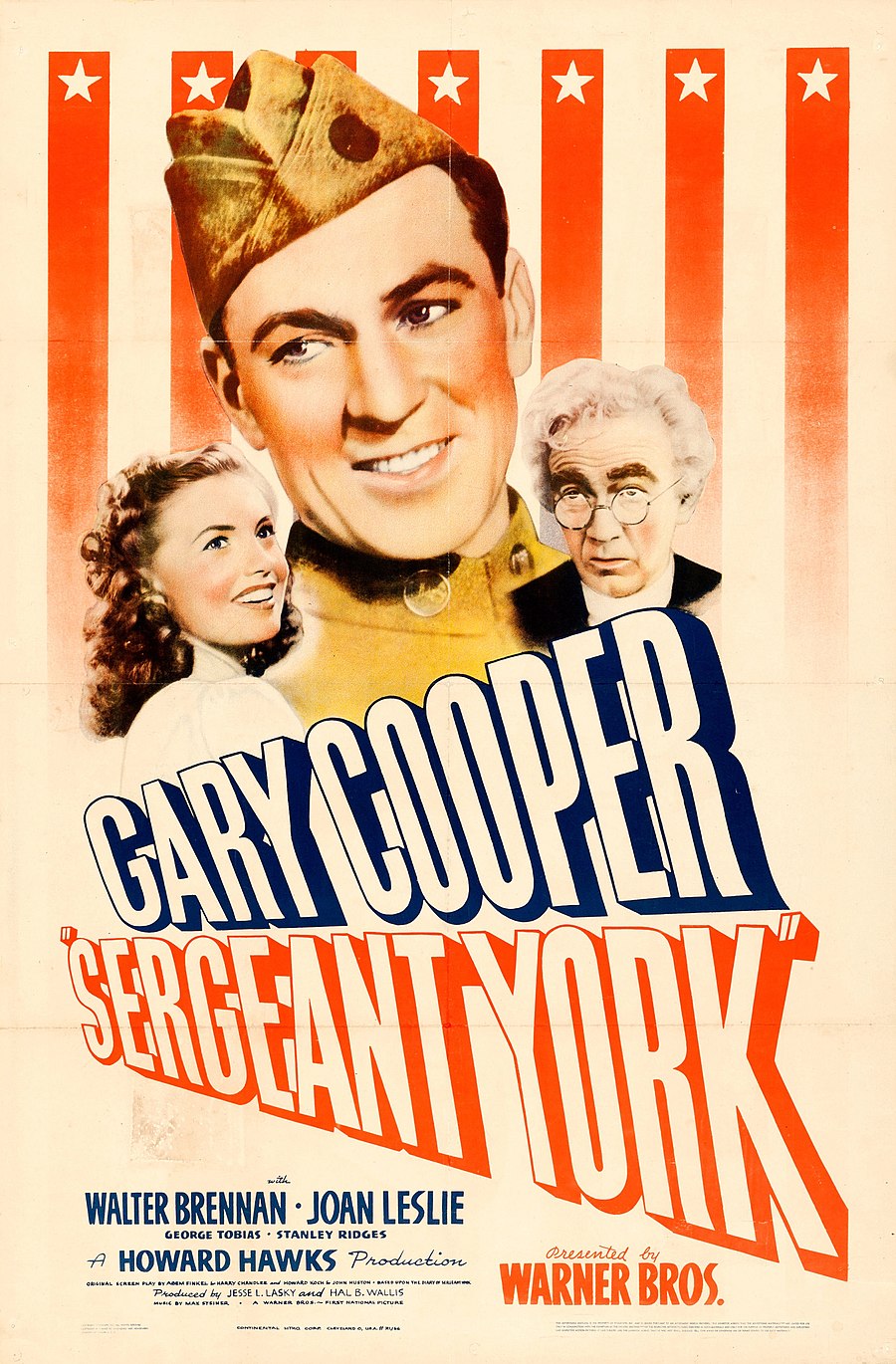 Sergeant York is a 1941 American biographical film about the life of Alvin C. York, one of the most-decorated American soldiers of World War I. Directed by Howard Hawks and starring Gary Cooper in the title role, the film was a critical and commercial success and became the highest-grossing film of 1941.

Just before America's entry into World War I, Alvin York is a poor, young farmer in rural Tennessee, near the Kentucky border, living with his widowed mother, sister and brother. Alvin's leisure time is spent fighting and getting drunk with friends. The community's poverty and isolation force them to live a 19th-century lifestyle. Alvin's goal is to purchase a piece of fertile farmland, called "bottomland", to improve his lot. Alvin works hard to acquire the price for the land, and is given an extension by the owner. Alvin's sharpshooting skills enable him to raise the money needed. However, the owner reneges making Alvin angry and bitter. En route to seek revenge, Alvin and his mule are struck by lightning. The incident prompts Alvin's conversion to Christianity.