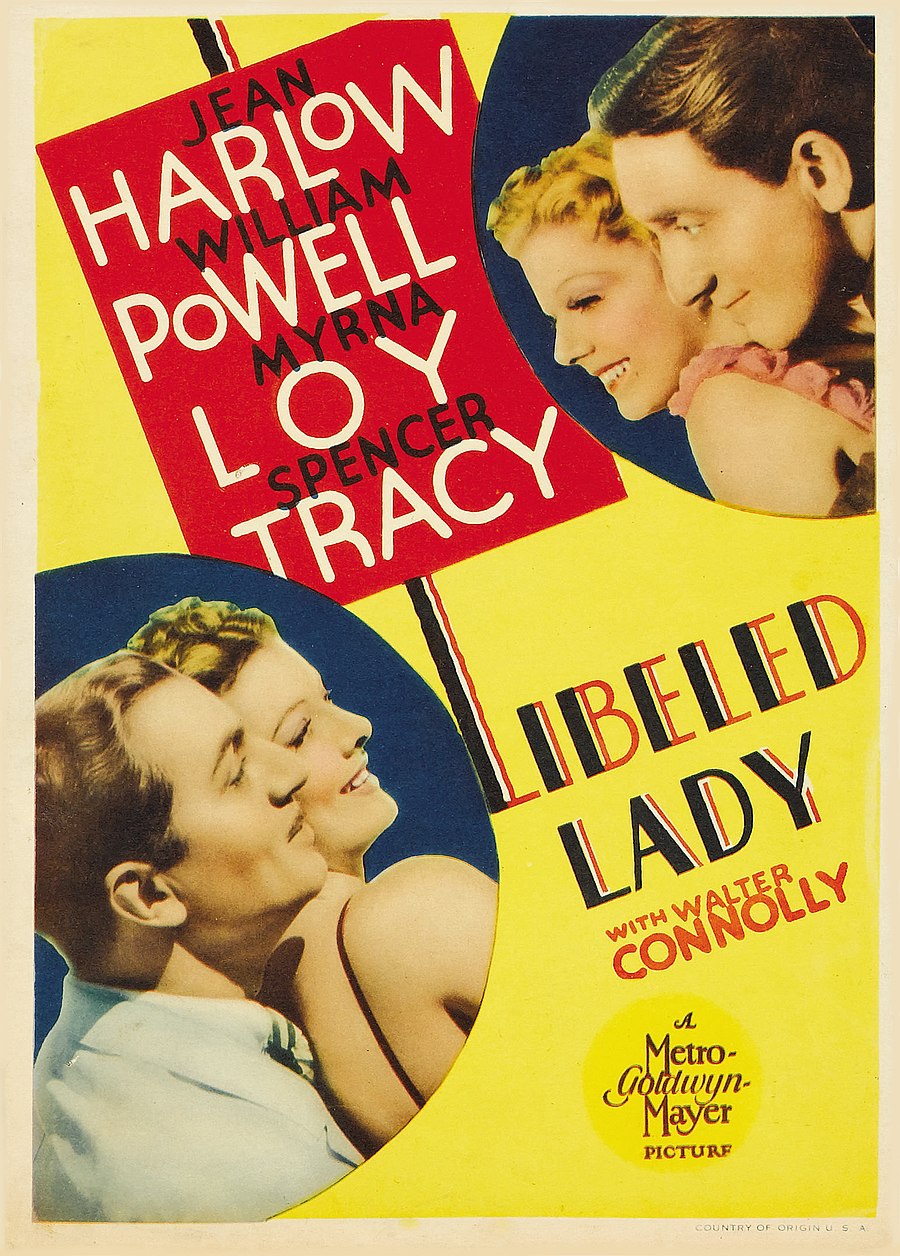 Libeled Lady is a 1936 screwball comedy film starring Jean Harlow, William Powell, Myrna Loy, and Spencer Tracy, written by George Oppenheimer, Howard Emmett Rogers, Wallace Sullivan, and Maurine Dallas Watkins, and directed by Jack Conway. This was the fifth of fourteen films in which Powell and Loy were teamed.

Wealthy Connie Allenbury (Myrna Loy) is falsely accused of breaking up a marriage and sues the New York Evening Star newspaper for $5,000,000 for libel. Warren Haggerty (Spencer Tracy), the managing editor, turns in desperation to former reporter and suave ladies' man Bill Chandler (William Powell) for help. Bill's scheme is to maneuver Connie into being alone with him when his wife shows up, so that the suit will have to be dropped. Bill is not married, so Warren volunteers his long-suffering fiancée, Gladys Benton (Jean Harlow), to marry Bill in name only, over her loud protests.