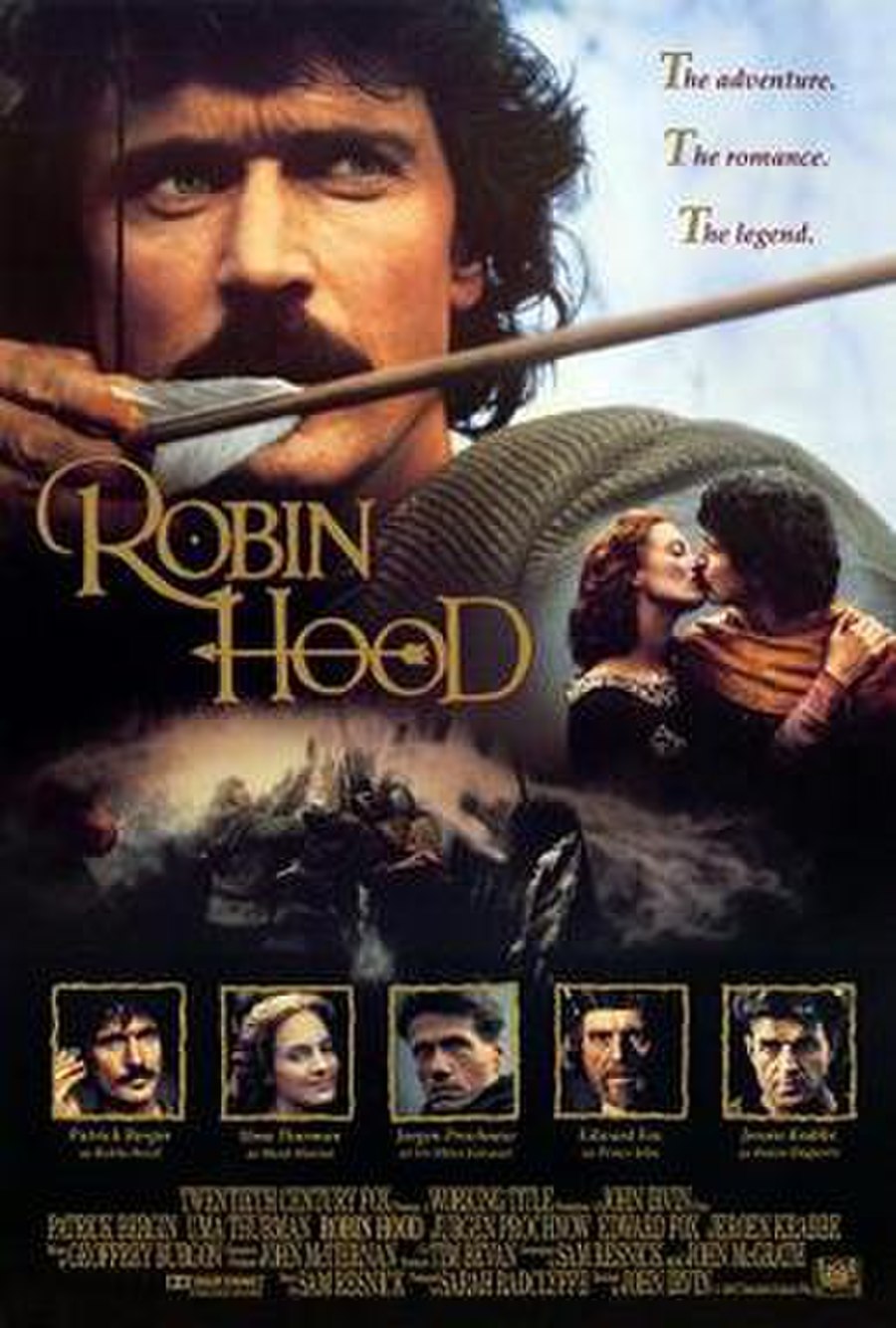 Robin Hood is a 1991 British adventure film directed by John Irvin, executive produced by John McTiernan and starring Patrick Bergin, Uma Thurman, Jürgen Prochnow, Jeroen Krabbé and Edward Fox. Although originally intended for a theatrical release in the United States and South America, the film was premiered on the Fox network in those territories a month before the release of Robin Hood: Prince of Thieves. It was released in cinemas in several countries in Europe and elsewhere, including Australia, New Zealand and Japan.

The film begins when a miller, who is poaching deer on lands belonging to the King of England, is detected by a hunting party led by the cruel Norman knight Sir Miles Folcanet. The miller flees the hunting party until he runs into a Saxon earl, Robert Hode and his friend, Will. The miller pleads for help and Will urges Hode to intercede, as the Normans arrive threatening to poke the miller's eyes out. Folcanet is enraged by Hode's interference and demands that Hode be punished by the local Sheriff (shire-reeve) Roger Daguerre, who is Hode's friend.