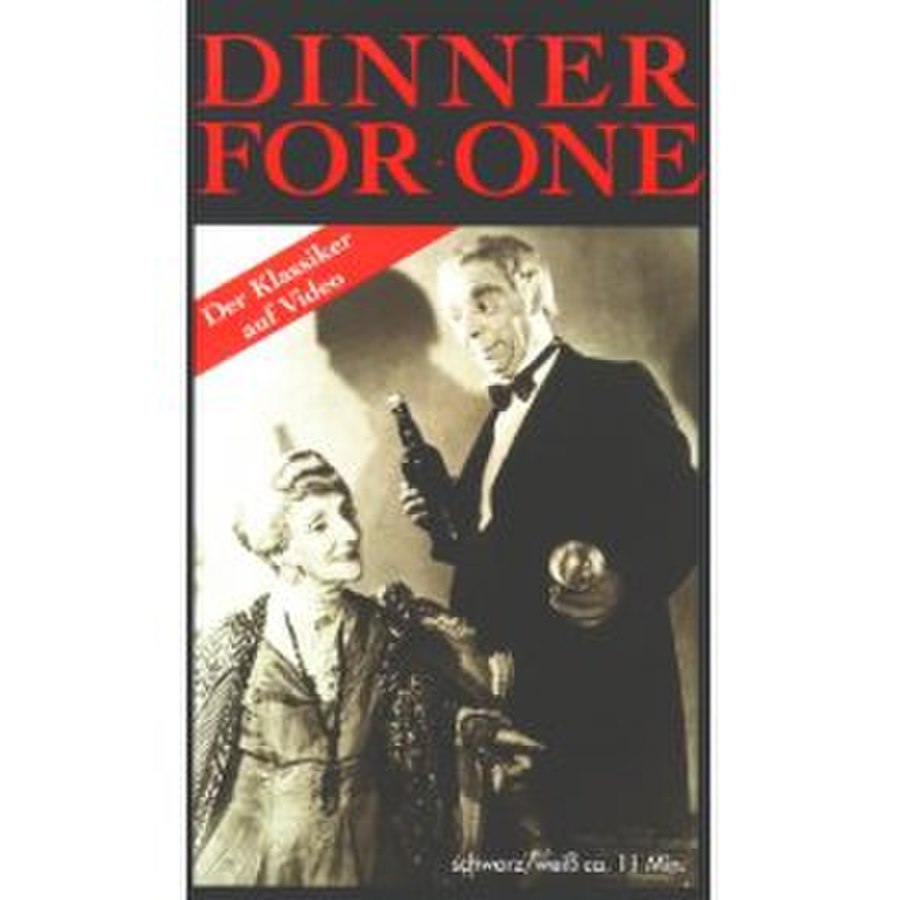 Dinner for One, also known as The 90th Birthday, is a two-hander comedy sketch written by British author Lauri Wylie for the theatre. The German TV station Norddeutscher Rundfunk (NDR) recorded it in 1963, in the original English, with a short introduction in German. It is an 18-minute black-and-white videotape recording, performed by British comedians Freddie Frinton and May Warden. It has become a tradition to watch it on New Year's Eve in Germany, and, as of 1995, was the most frequently repeated television programme ever.

Heinz Piper introduces the story as the conferencier: Miss Sophie (Warden) is celebrating her 90th birthday. As every year, she has invited her four closest friends to a birthday dinner: Sir Toby, Admiral von Schneider, Mr. Pomeroy, and Mr. Winterbottom. However, she has outlived all of them, requiring her butler James (Frinton) to impersonate the guests.