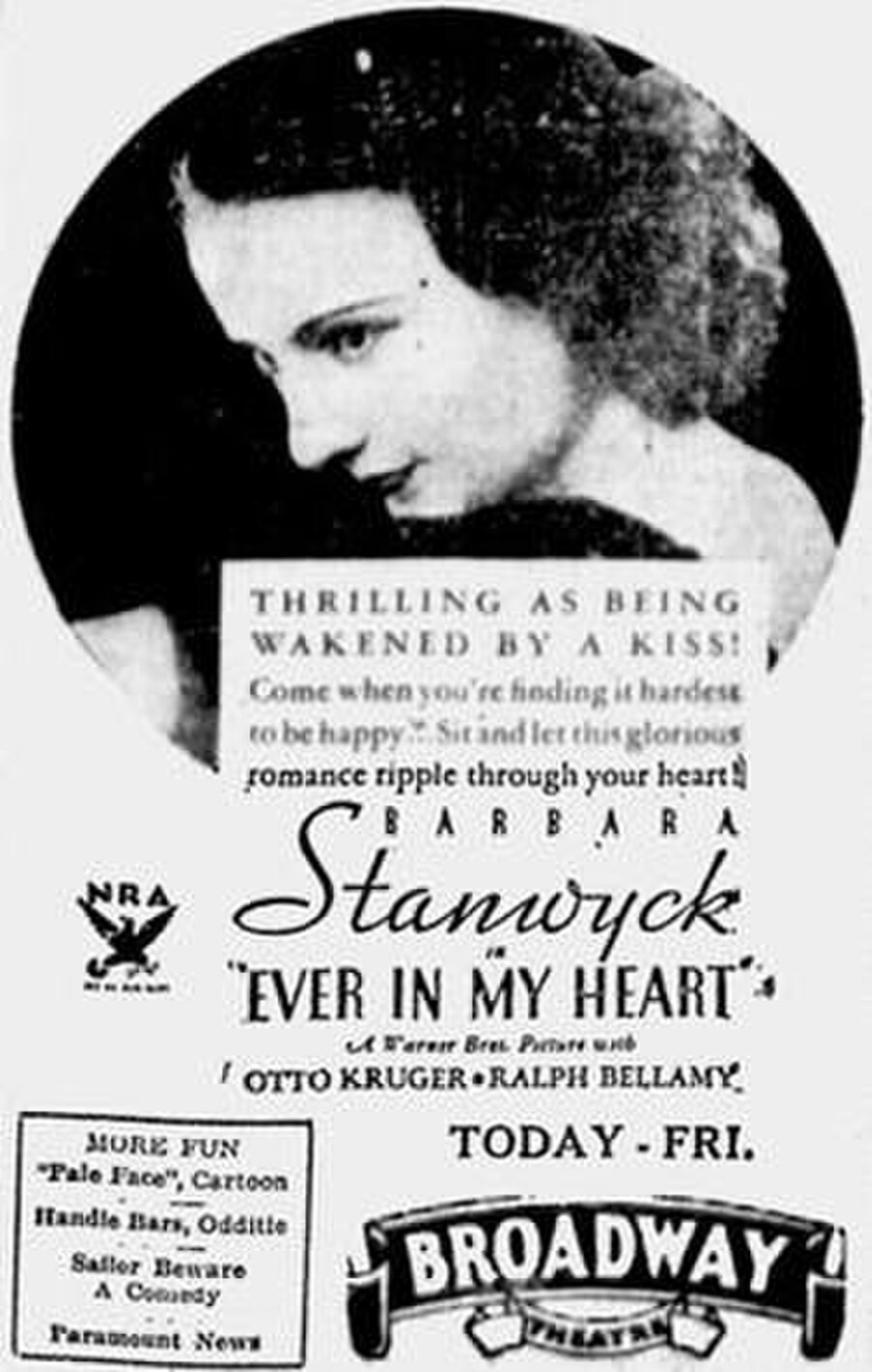 Ever in My Heart is a 1933 American pre-Code drama film directed by Archie Mayo and starring Barbara Stanwyck, Otto Kruger, and Ralph Bellamy. It portrays the tragic consequences of the virulent propaganda that spread false stories of atrocities and stigmatized anything German during the Great War.

In 1909 in the town of Archedale, Mary Archer, an American girl from the prominent Archer family, meets Hugo Wilbrandt, a German chemist who knows her cousin and childhood sweetheart Jeff. It had been assumed for years that Mary and Jeff would marry someday, but Mary falls in love with Hugo and he with her. They soon marry and start a family.