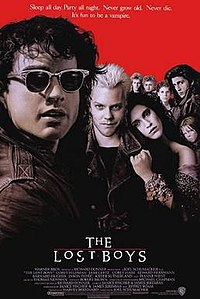 Michael Emerson and his younger brother Sam travel with their recently divorced mother Lucy to the small beach town of Santa Carla, California to live with her eccentric father, referred to simply as Grandpa.