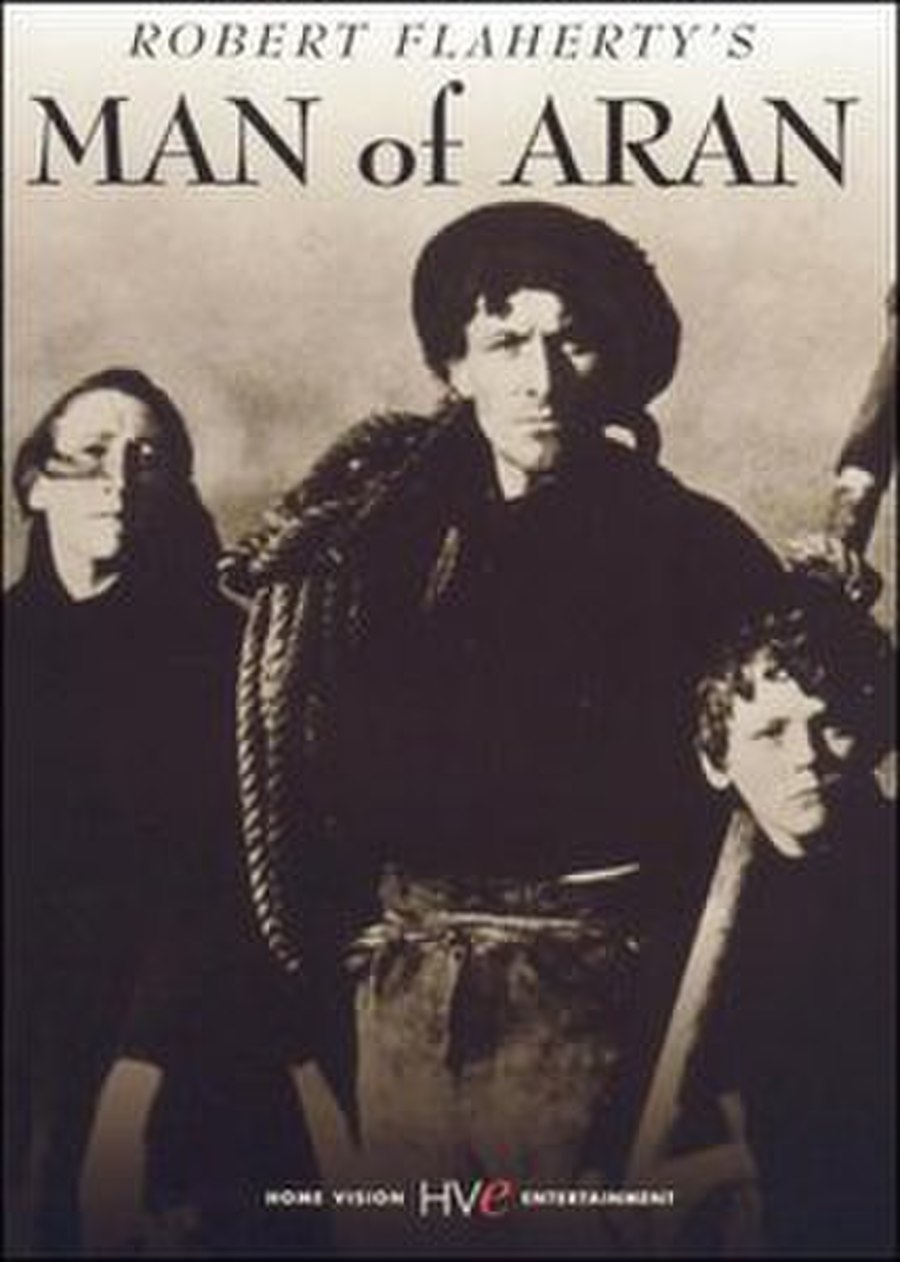 Man of Aran is a 1934 Irish fictional documentary (ethnofiction) film shot, written and directed by Robert J. Flaherty about life on the Aran Islands off the western coast of Ireland. It portrays characters living in premodern conditions, documenting their daily routines such as fishing off high cliffs, farming potatoes where there is little soil, and hunting for huge basking sharks to get liver oil for lamps. Some situations are fabricated, such as one scene in which the shark fishermen are almost lost at sea in a sudden gale. Additionally, the family members shown are not actually related, having been chosen from among the islanders for their photogenic qualities.

Man has to fight for his existence in the Aran Islands. Three men, among them "A Man of Aran", land a flimsy currach in the midst of high winds and huge waves with help from "His Wife" and "Their Son". The Man and his Wife work to make a field on the barren rocks using seaweed and soil scraped out of rock crevices. The Man fixes a hole in his boat with a mixture of cloth and tar. His Son sits on the edge of a cliff and uses a crab he caught earlier as bait to catch a fish in the water below.