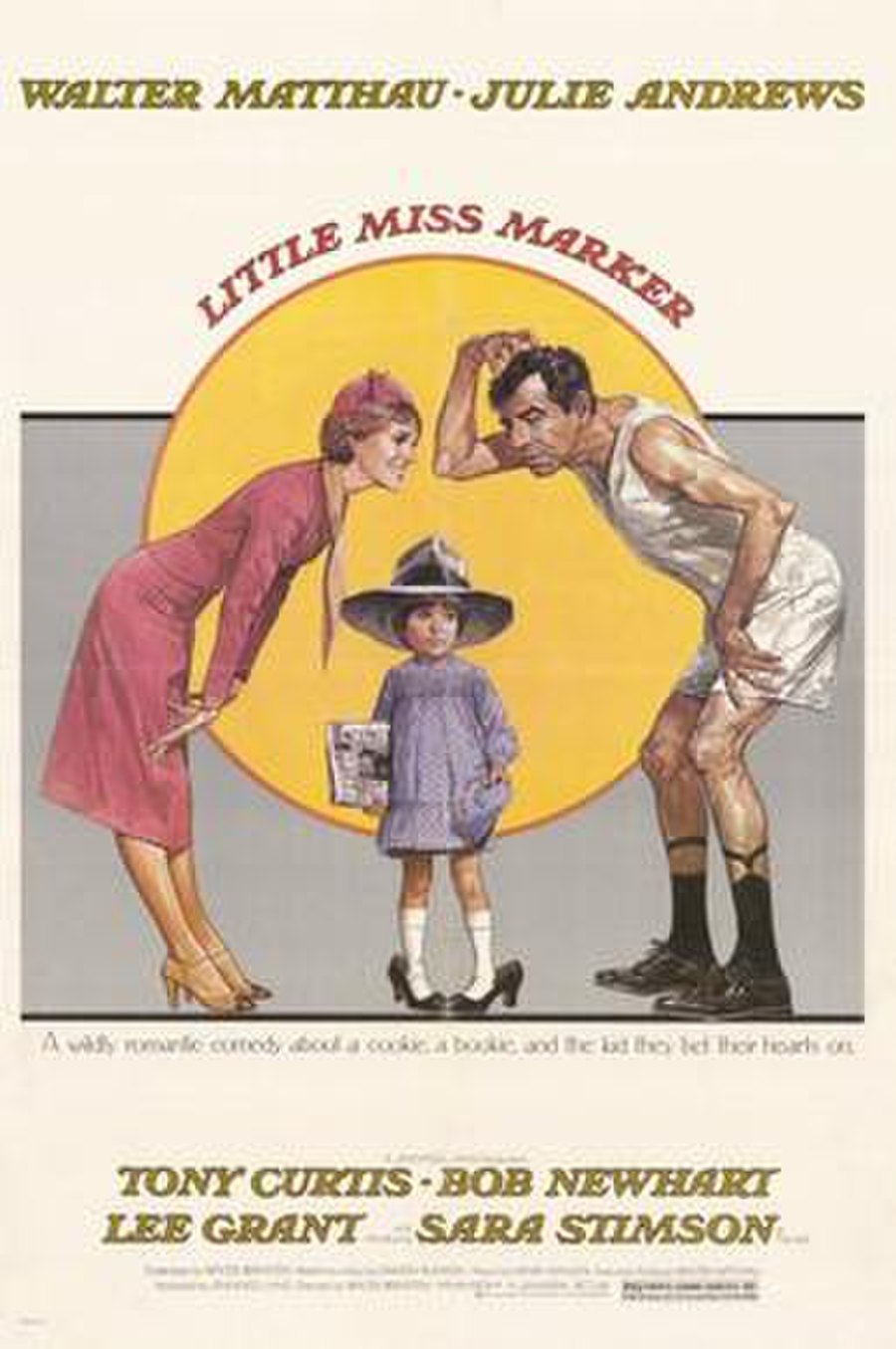 Little Miss Marker is a 1980 American comedy-drama film written and directed by Walter Bernstein, based on a short story by Damon Runyon. It stars Walter Matthau, Tony Curtis, Julie Andrews, Bob Newhart and new arrival Sara Stimson. It is a remake of the 1934 film of the same name starring Shirley Temple and Adolphe Menjou.

Sorrowful Jones (Matthau) is a gloomy, cantankerous bookie circa 1934, who is confronted by Carter, a gambler who cannot pay a $10 debt. He ultimately gives his 6-year-old daughter (Stimson) to Sorrowful's gangster-run gambling operation as a "marker" (collateral) for a bet. When he loses his bet and commits suicide, the gangsters are left with the "Kid" on their hands. Sorrowful's nervous assistant, Regret (Newhart), is concerned about the legalities of this, particularly the kidnapping statutes.