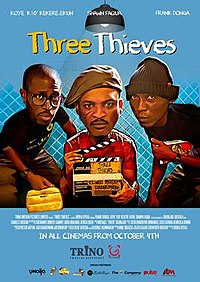 Due to a case of mistaken identity, three dissatisfied friends are contracted to commit a seemingly simple theft. Even worse, the man originally contracted for the job is on the hunt for them. Things unfold and they just might be adding kidnapping to the list of crimes they are committing. With a comedic twist to it all, it’s a wonder how they end up as heroes of the day.