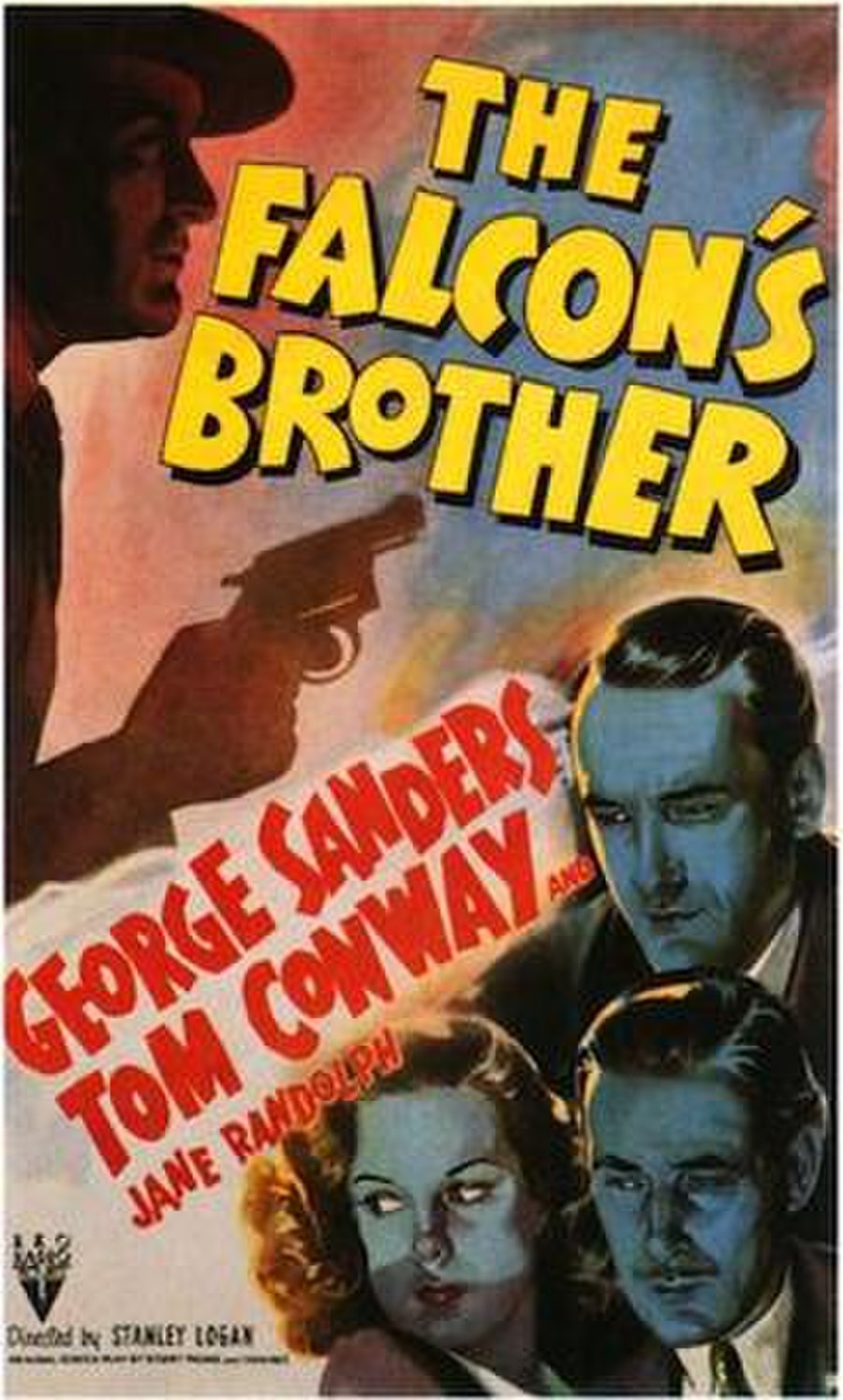 The Falcon's Brother is a 1942 American crime drama film in which George Sanders, who had been portraying "The Falcon" in a series of films, appears with his real-life brother Tom Conway; with Sanders handing off the series to Conway, who would play the new Falcon in nine subsequent films. Jane Randolph was featured in a supporting role. The Falcon's Brother, the only one to feature two Falcons, was directed by Stanley Logan.

Sleuth Gay Lawrence (George Sanders), known as "The Falcon," with his assistant, "Lefty" (Don Barclay), arrive at dockside to meet a Latin American cruise ship. On board is Lawrence's brother, Tom (Tom Conway) who is pronounced dead, a victim of suicide, by homicide inspector Timothy Donovan (Cliff Clark). Diane Medford (Gwili Andre), Tom's shipboard companion offers sympathy, but Lawrence has Lefty tail her, as he already knew the body in the cabin was not his brother.