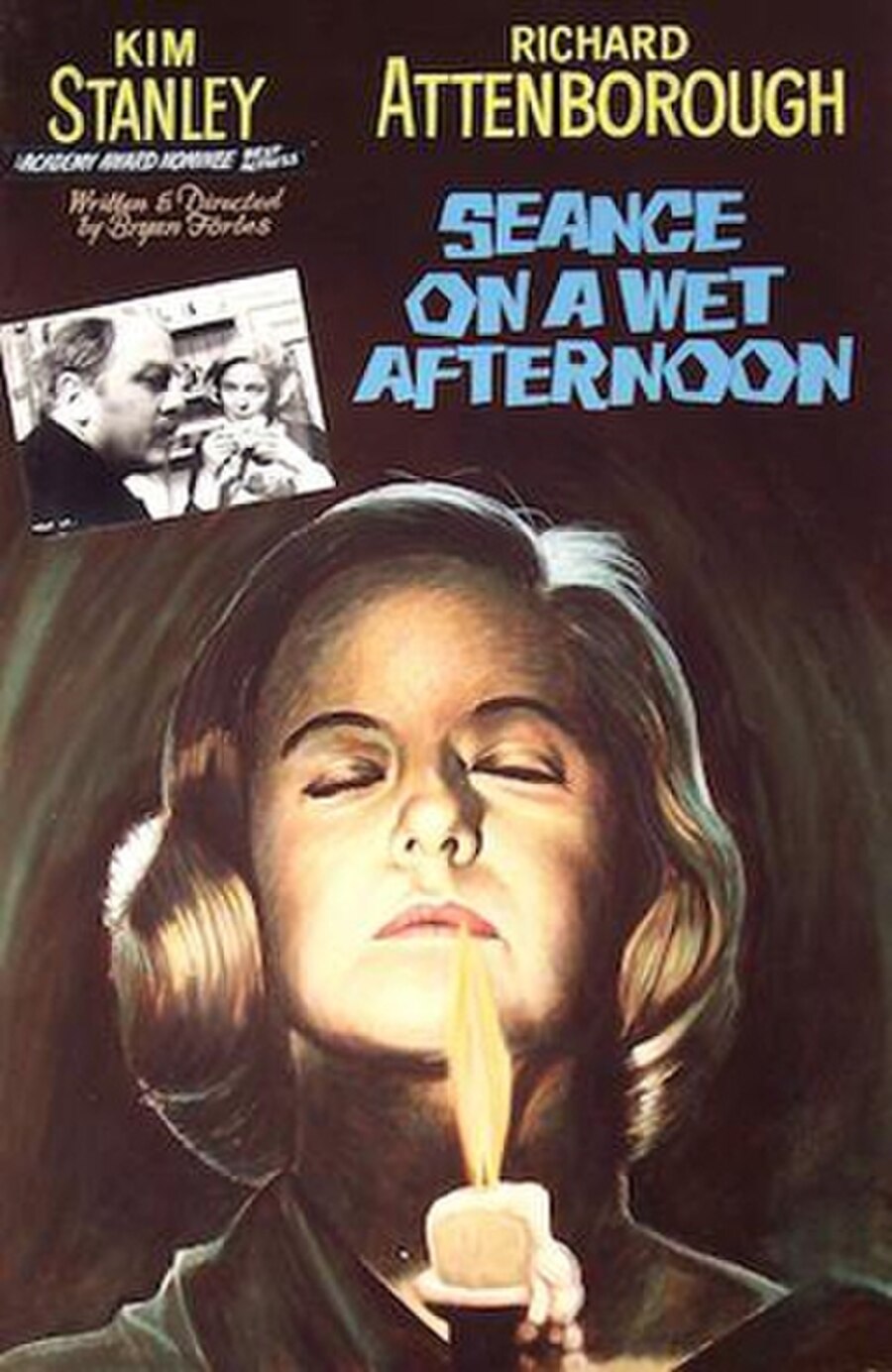 Séance on a Wet Afternoon 1964

Séance on a Wet Afternoon is a 1964 British drama film directed by Bryan Forbes, based on the novel by Mark McShane, in which an unstable medium convinces her husband to kidnap a child so she can help the police solve the crime and achieve renown for her abilities. The film stars Richard Attenborough (who was also the film's co-producer), Kim Stanley, Nanette Newman, Mark Eden and Patrick Magee.

Myra Savage (Stanley) is a medium who holds séances in her home. Her husband Billy (Attenborough), unable to work because of asthma and cowed by Myra's domineering personality, assists in her séances. Myra's life and psychic work are dominated by her relationship with the spirit of her son Arthur, who died at birth.