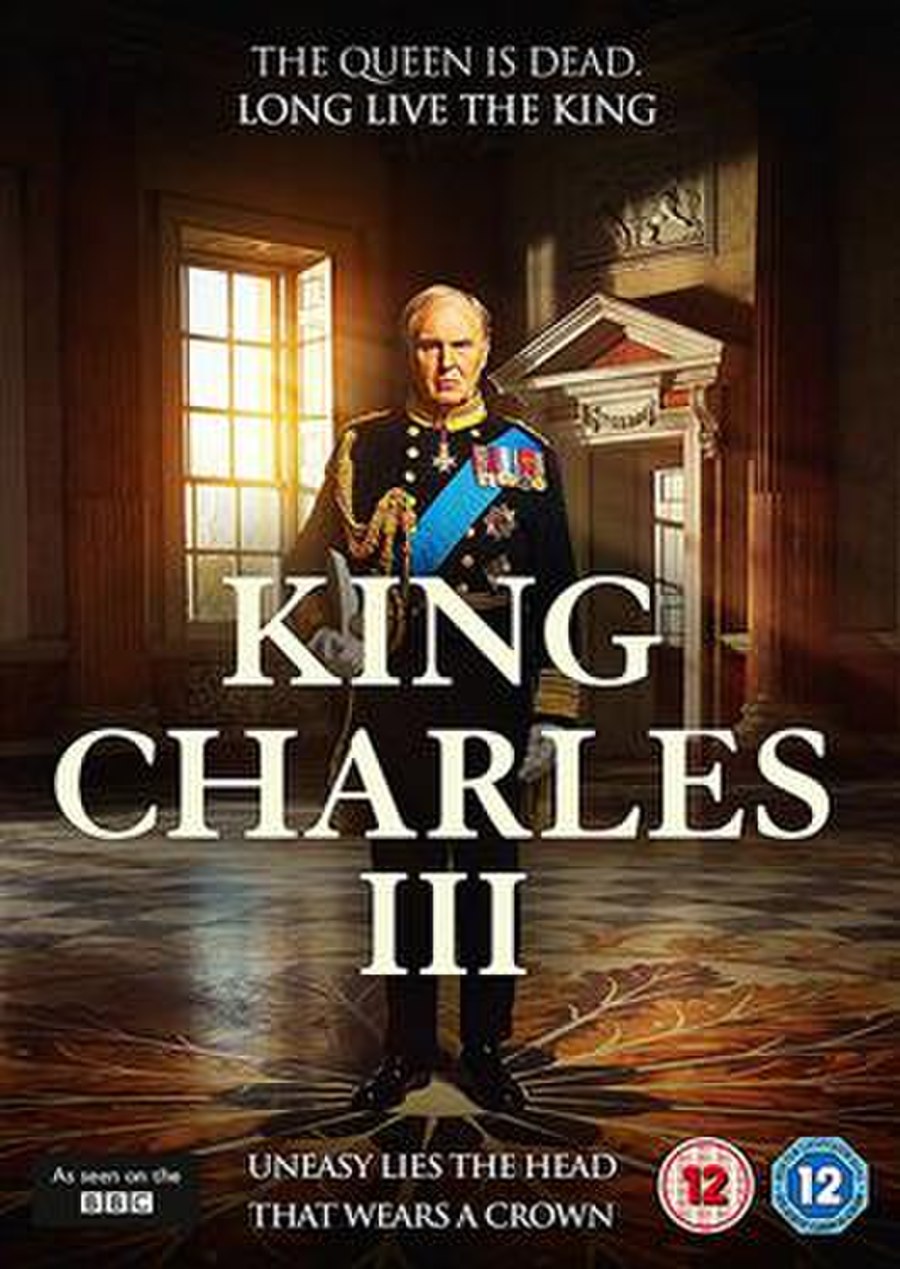 King Charles III is a 2017 future history television film adapted by Mike Bartlett from his play of the same title. It is directed by Rupert Goold, director of the original play, and stars most of the play's original cast including Tim Pigott-Smith, who died before the film was broadcast, as Charles.

Charles and his family gather following the funeral of Queen Elizabeth II. Charles, as the new king, then holds his first weekly audience with Prime Minister Tristan Evans. They discuss a new Bill for statutory regulation of the press, which has passed the House of Commons and the House of Lords and awaits only Charles's royal assent to become law. Charles is concerned that the law restricts freedom of the press too much, and would allow the government to censor the news and prevent legitimate uncovering of abuse of power. He asks the PM for alterations to the bill, but the PM refuses. As the two men spar, Mrs Stevens, the Leader of the Opposition, arrives for a weekly meeting with Charles, an innovation the new king has introduced. Stevens expresses her own doubts on the bill, and despite reminding the king of his level of power, she sees little alternative but for Charles to sign.