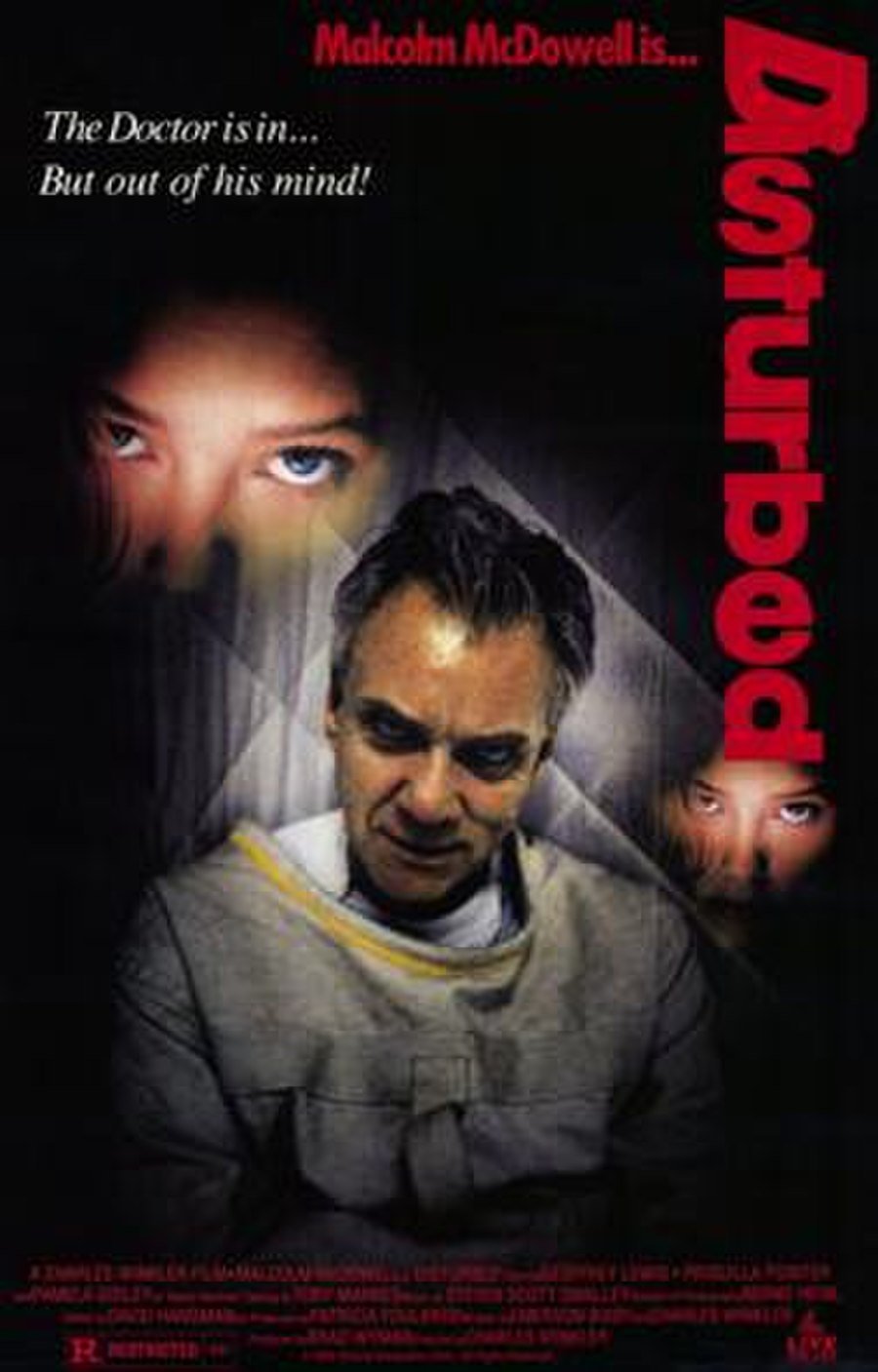 Disturbed is a 1990 American horror film directed by Charles Winkler starring Malcolm McDowell as a psychiatrist who rapes a young woman in his care, then must deal with her vengeance-seeking daughter 10 years later.

Dr. Derrick Russell (Malcolm McDowell) rapes one of the patients in his care. When the patient throws herself from the roof shortly afterward, he describes her suicide as a consequence of her depression. Ten years later, he plans to rape another patient, Sandy Ramirez (Pamela Gidley). What Russell does not know is that Sandy is the daughter of his previous victim, and she is bent on revenge. A post-credit sequence depicts a man kissing the camera before he laughs.