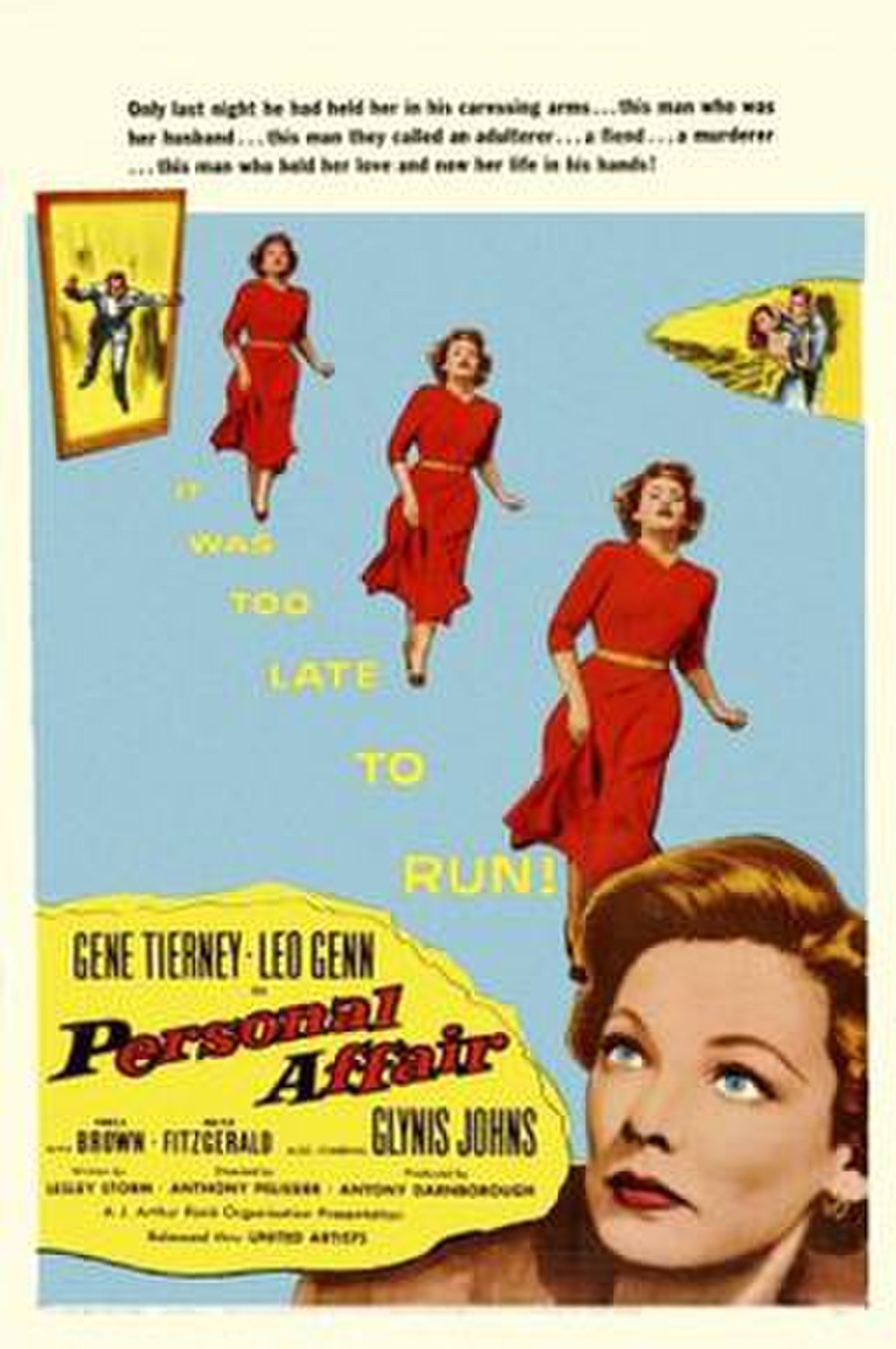 Personal Affair is a 1953 British drama film directed by Anthony Pelissier and starring Gene Tierney, Leo Genn and Glynis Johns. It was made at Pinewood Studios by Two Cities Films.

Teenager Barbara Vining (Glynis Johns) has an unrequited crush on her Latin-language teacher, Stephen Barlow (Leo Genn). When Barlow's wife Kay (Gene Tierney) finds out, she confronts Barbara, who is humiliated and runs off. Stephen chases after her near a river to try to calm her down.