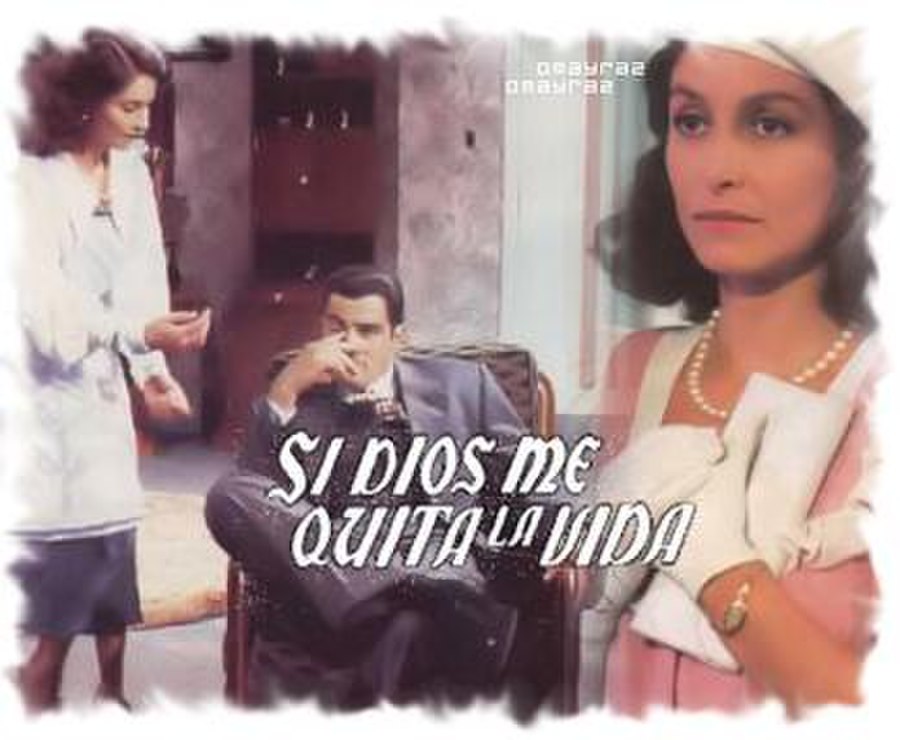 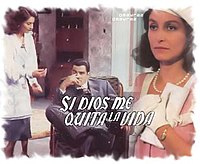 Si Dios me quita la vida (English title: If God takes away my life) is a Mexican telenovela produced by Pedro Damián and Juan Osorio for Televisa in 1995. This is a remake of the 1961 telenovela La leona starred by Amparo Rivelles and Ernesto Alonso.

María Sánchez Amaro is a woman from a wealthy family, educated in the moral habits of the 20s, whose live revolves around three men: Alfredo, the seducer, whom she married and procreate a child, Enrico, mature man, noble and protector, with whom he formed a second marriage, and Antonio, who teaches her the promise of true love.