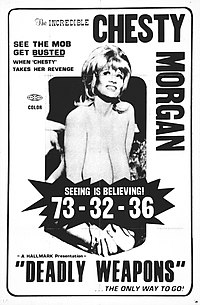 Crystal is an advertising executive who tracks down the mobsters who killed her boyfriend. One by one, she seduces each man, drugs them, then smothers them with her huge breasts. At the end, she finds out that her own father was implicated in her lover's death.