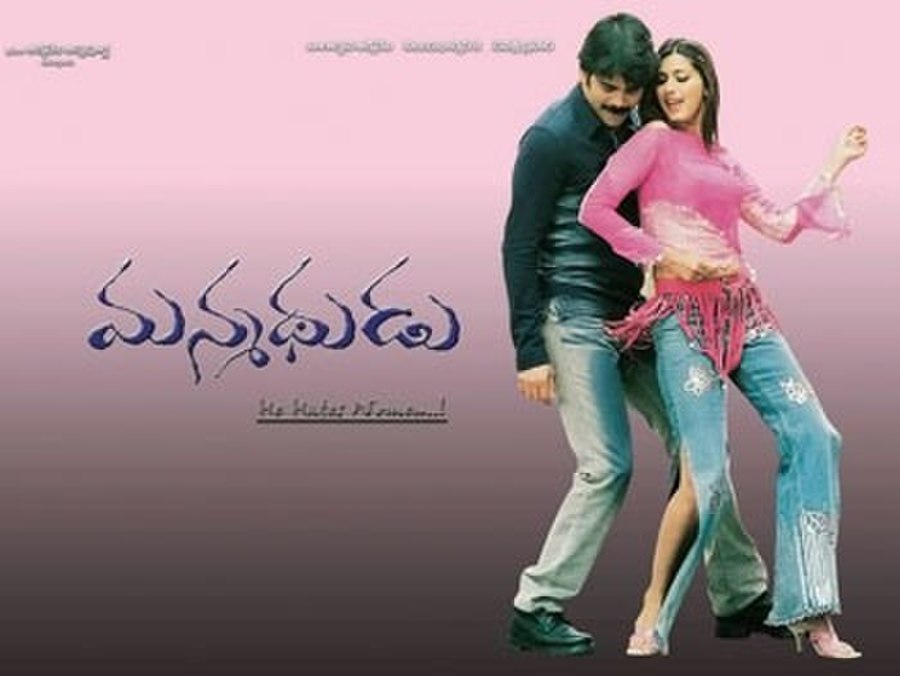 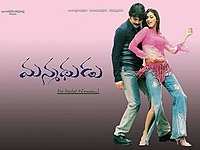 Manmadhudu ( Cupid) is a 2002 Indian Telugu-language romantic comedy film, directed by K. Vijaya Bhaskar, and story by Trivikram Srinivas. Produced by Nagarjuna Akkineni on Annapurna Studios, the film starred Nagarjuna Akkineni, Sonali Bendre, Anshu in the lead roles and has a highly successful soundtrack composed by Devi Sri Prasad. The story and dialogues for the film were written by acclaimed writer Trivikram Srinivas. The film was released on 20 December 2002 to positive reviews and further went on to become one of the biggest hits in Nagarjuna's career.

Abhiram is a manager in an ad agency owned by his paternal uncle Prasad. He despises women and expresses his hatred every minute of the day. However, his workplace is populated by women and he has to deal with it. Prasad, the chairman of the company, appoints Harika as the new assistant manager and Abhiram hates that yet another female employee has joined his office. He places a bug under her desk and uses it to steal her idea for a lipstick ad. He later accuses her of plagiarism, belittling her and questioning her originality. Eventually Harika gets fed up of Abhi’s verbal abuse and goes to Prasad to submit her resignation. Prasad asks her to think about it and tells her about Abhiram's past and why he despises women.