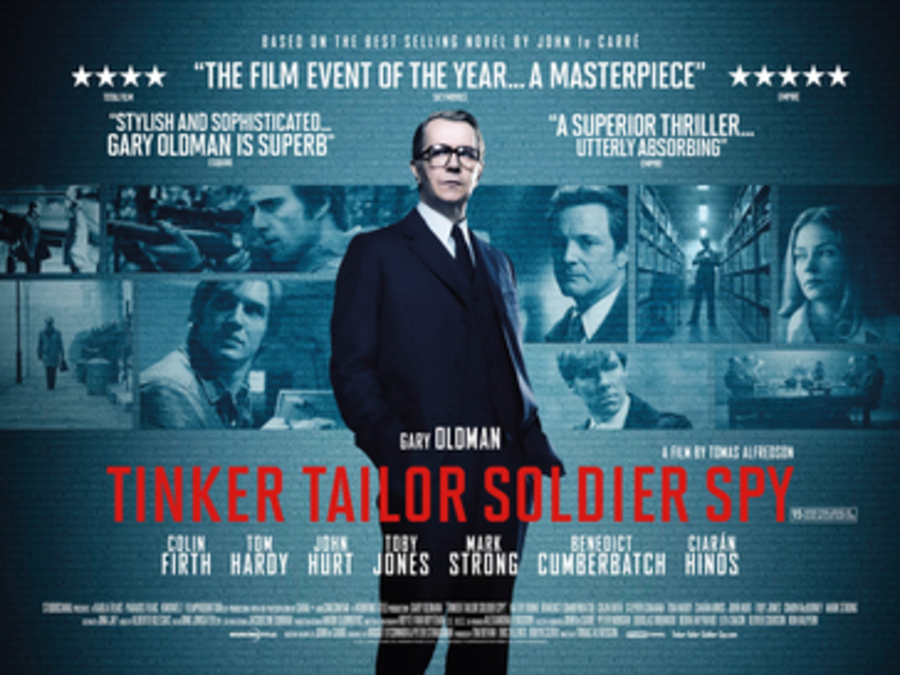 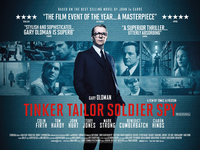 Tinker Tailor Soldier Spy is a 2011 Cold War spy thriller film directed by Tomas Alfredson. The screenplay was written by Bridget O'Connor and Peter Straughan, based on John le Carré's 1974 novel of the same name. The film, starring Gary Oldman as George Smiley, along with Colin Firth, Tom Hardy, John Hurt, Toby Jones, Mark Strong, Benedict Cumberbatch, and Ciarán Hinds, and featuring David Dencik, is set in London in the early 1970s and follows the hunt for a Soviet double agent at the top of the British secret service.

In 1973, "Control", head of British intelligence ("The Circus"), sends agent Jim Prideaux to Budapest to meet a Hungarian Army general wishing to defect, and who has the name of a mole that the Russians have planted "right at the top" of British Intelligence. The meeting is a trap and Prideaux is shot as he tries to leave. Following the botched assignment, Control and his right-hand man George Smiley are forced to retire. Control dies shortly thereafter.