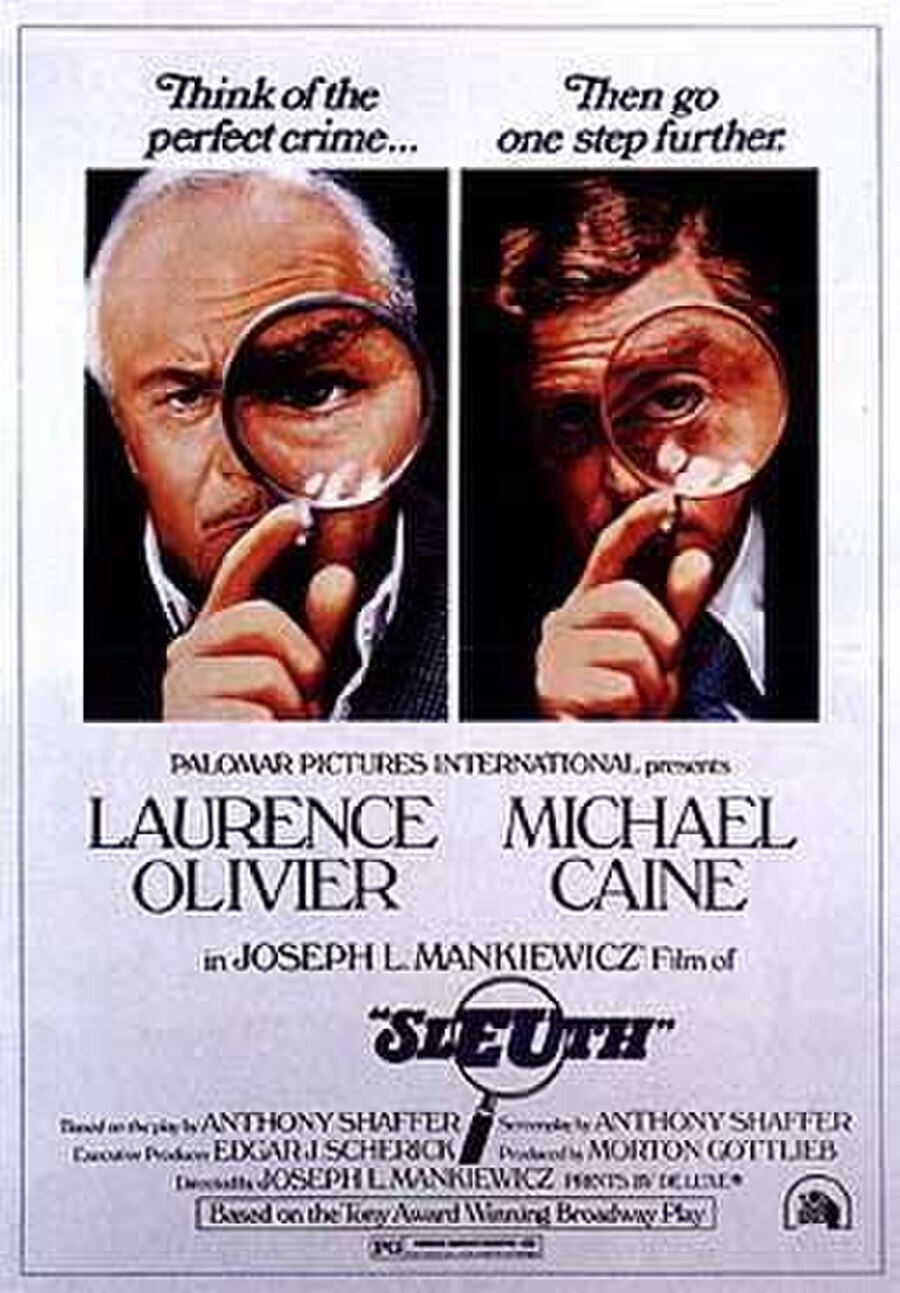 Sleuth is a 1972 British-American mystery thriller film directed by Joseph L. Mankiewicz and starring Laurence Olivier and Michael Caine. The screenplay by playwright Anthony Shaffer was based on his 1970 Tony Award-winning play. Both Olivier and Caine were nominated for Academy Awards for their performances. This was Mankiewicz's final film. Critics gave the film overwhelmingly positive reviews, and would later note similarities between it and Caine's 1982 film Deathtrap.

Andrew Wyke, a successful crime fiction author, lives in a large country manor house filled with elaborate games and automata. He invites his wife's lover, Milo Tindle, a hairdresser, to his home to discuss the situation and would like Milo to take his wife off his hands. To provide him the means to support her, Andrew suggests that Milo steal some jewelry from the house, with Andrew recouping his losses through an insurance claim. Milo agrees and Andrew leads him through an elaborate scheme to fake a robbery. At the conclusion, Andrew pulls a gun on Milo and reveals the bogus theft was merely a ruse to frame Milo as a burglar so he can kill him. Andrew then appears to fatally shoot Milo.