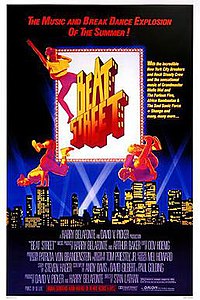 Set in the South Bronx, the film follows the lives of a pair of brothers and their group of friends, all of whom are devoted to various elements of early hip hop culture. Kenny Kirkland (Guy Davis) is a budding disc jockey and Master of Ceremonies, and his younger brother, Lee (Robert Taylor), is a hardcore b-boy who dances with Beat Street Breakers (the New York City Breakers). Kenny's best friends are Ramon (Jon Chardiet), a graffiti artist known by his tag, "Ramo", and Chollie (Leon W. Grant), his self-styled manager/promoter.