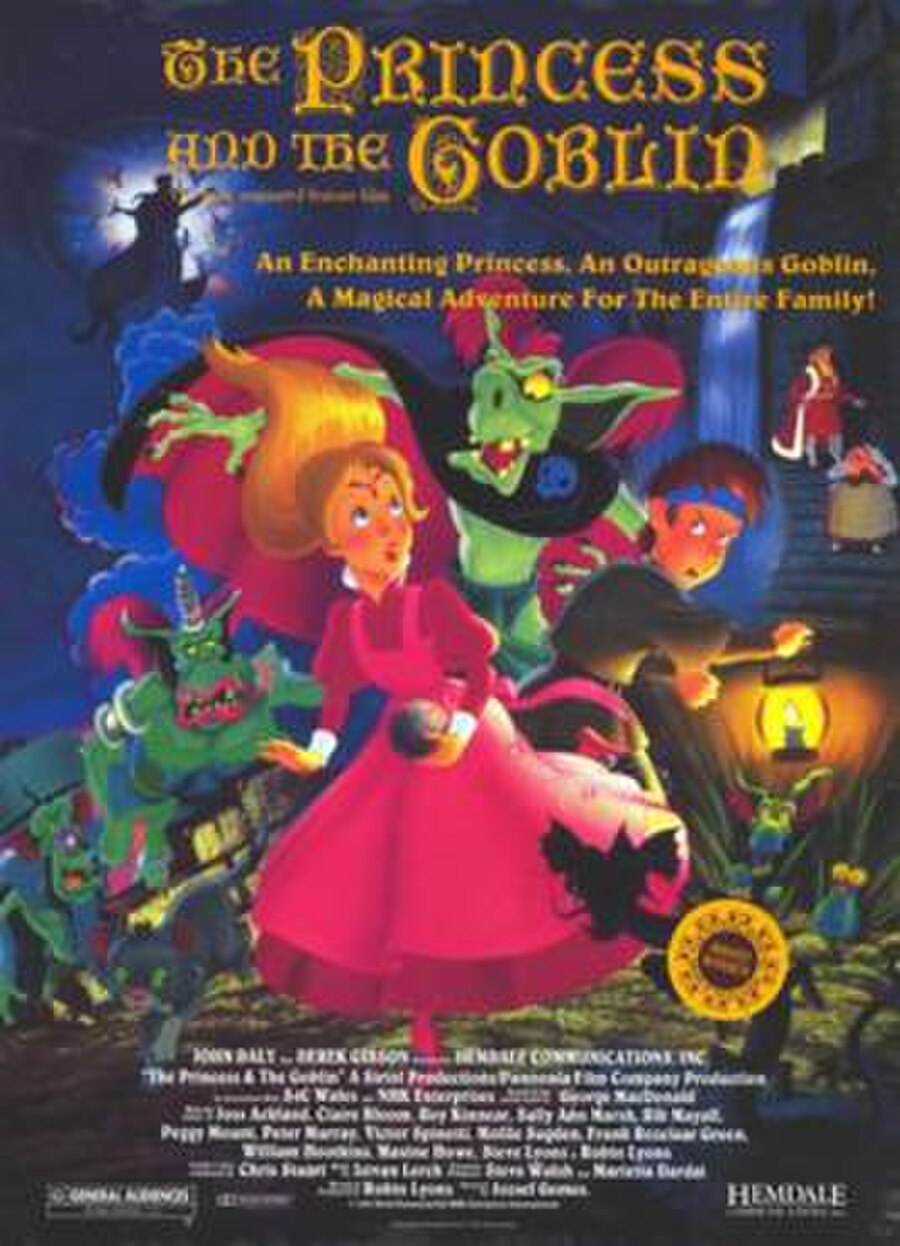 The Princess and the Goblin 1990

The Princess and the Goblin is a 1990 Japanese-British-Hungarian-American animated fantasy film directed by József Gémes and written by Robin Lyons, an adaptation of George MacDonald's 1872 novel of the same name.

In a mountainous kingdom, the widowed King leaves to attend affairs of state, leaving his beloved daughter, the sweet Princess Irene, alone with her nursemaid, Lootie. When Irene is on an outing with Lootie, she runs away on purpose, and Lootie cannot find her. When sun sets, Irene is lost in a sinister forest, and is attacked when clawed hands bursts through the earth and attempts to seize her kitten, Turnip. Several deformed animals corner the frightened Princess, until a strange singing sounds through the trees, driving them into a crazed and frightened fit, and they flee. The singing is revealed to be a young boy, Curdie, the son of a miner. He discovers Irene is lost, and leads her back to the castle. He informs her that the monsters were goblins and their "pets", and that they are driven away by singing. Curdie says that everyone except the King and his family know of the goblins, and Irene reveals she is a Princess.