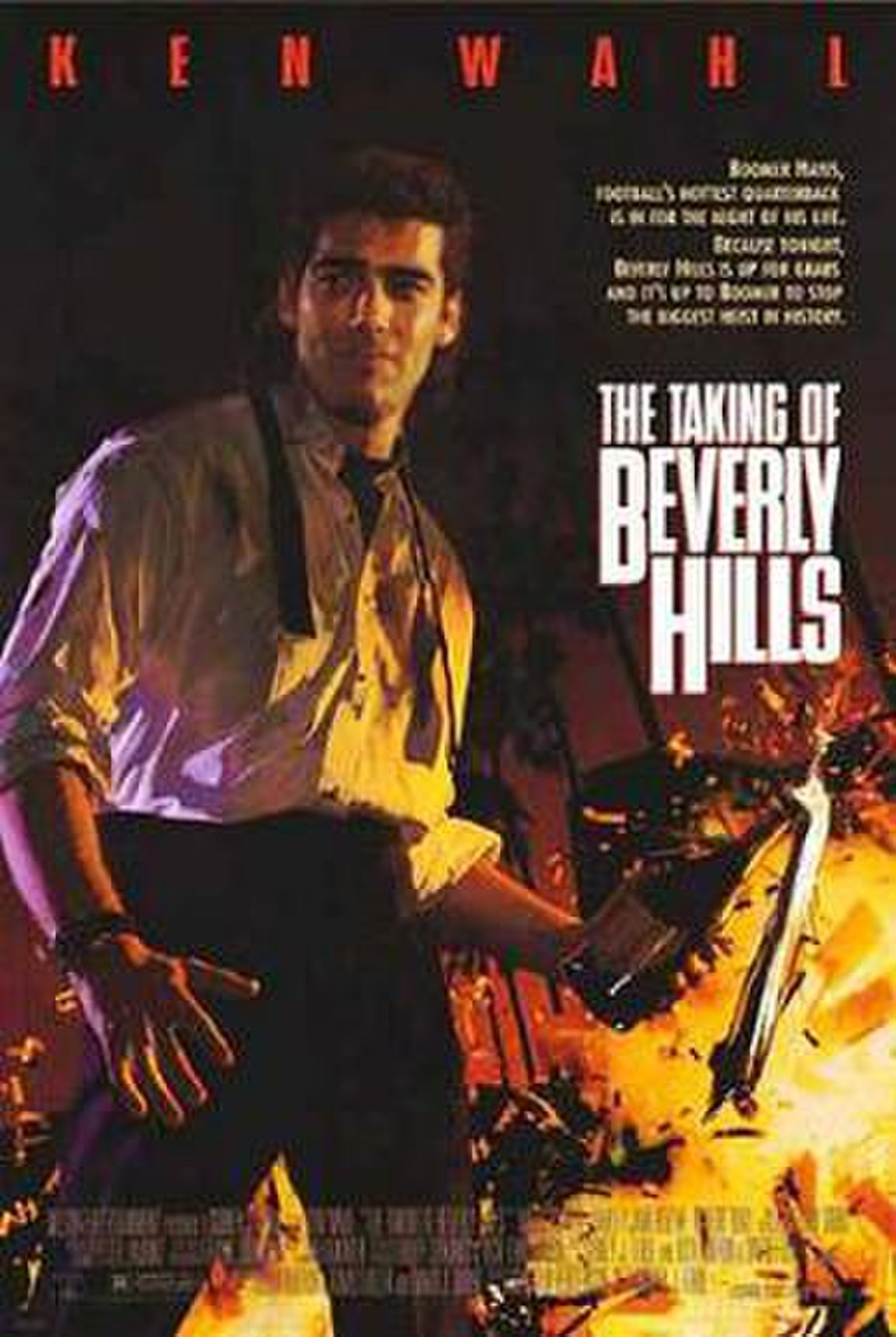 The Taking of Beverly Hills 1991

The Taking of Beverly Hills is a 1991 American action film directed by Sidney J. Furie and starring Ken Wahl, Matt Frewer, Harley Jane Kozak and Robert Davi. In the film, football hero Boomer Hayes (Wahl) battles a group of ex-cops, who are using a chemical spill as a front to rob several homes and bank vaults in Beverly Hills. The film also features Pamela Anderson in her first film part in an uncredited role playing a cheerleader.

One night in Beverly Hills, California, a truck carrying hazardous materials crashes, releasing a deadly chemical. The citizens of Beverly Hills are sent to quarantine in a hotel in Century City, while the police and the EPA agents stay behind to keep an eye on the valuables and clean up the town.