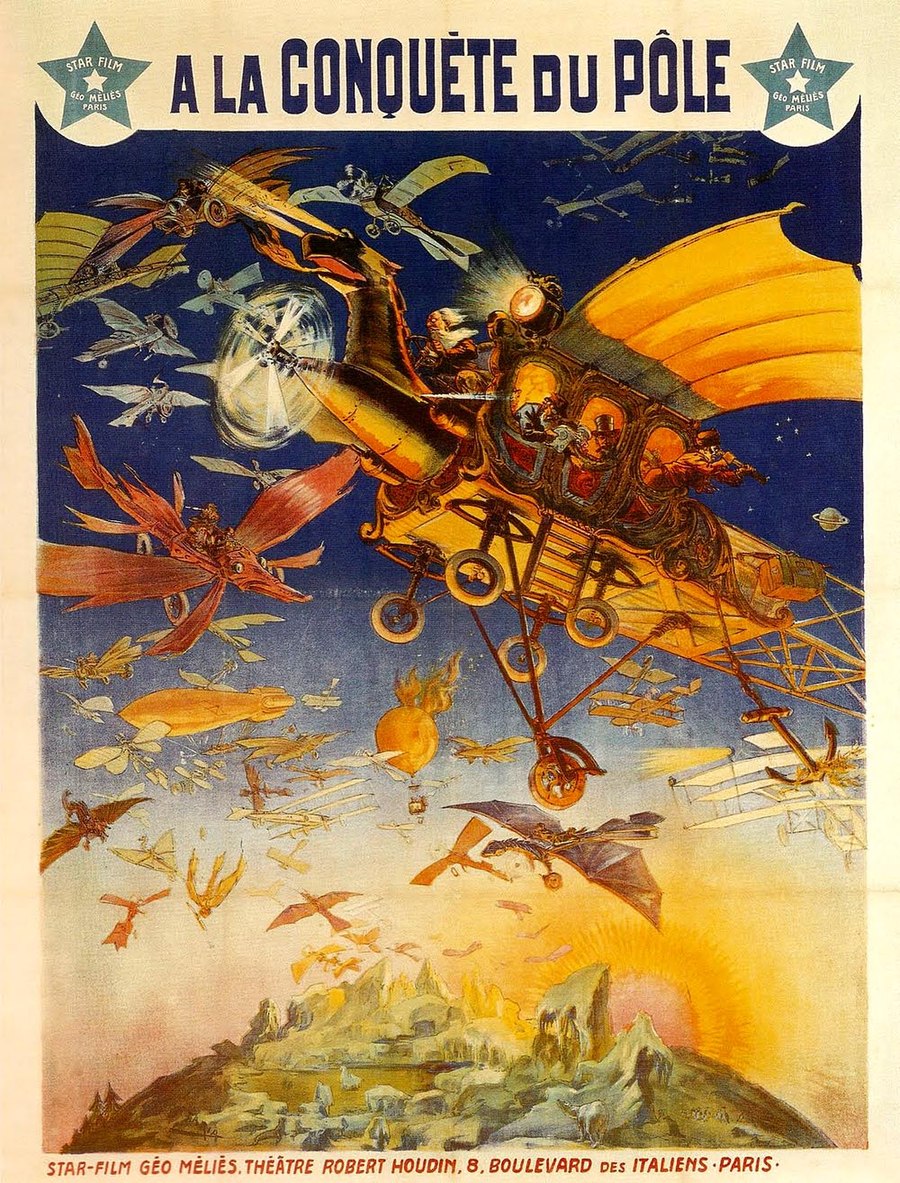 The Conquest of the Pole is a 1912 French silent film directed by and starring Georges Méliès. The film, loosely inspired by contemporary events and by Jules Verne's Voyages Extraordinaires, follows the comic misadventures of an international group of explorers on an expedition to the North Pole, where they encounter a man-eating frost giant and a dangerous magnetic needle.

At an International Congress at an Aero Club, explorers from around the world argue about the best way to fly to the North Pole. All are in disagreement until the congress's president, the engineer Maboul of France, explains his plans for an "Aero-Bus," an airplane with a passenger car and a huge figurehead in the shape of a bird head. The proceedings are interrupted by a group of militant suffragettes, who announce their intention to go to the Pole themselves. When they have been chased off, the Congress nominates an international group of experts to accompany Maboul to the Pole: Run-Ever of England, Bluff-"Allo"-Bill of America, Choukroutman of Germany, Cerveza of Spain, Tching-Tchun of China, and Ka-Ko-Ku of Japan. Maboul takes his colleagues to his office to study the model of his invention, and then to the electricity-powered factory where the real thing is being constructed. The leader of the suffragettes moves on with her own plans to get to the Pole, building a machine fitted with propellers and a multitude of toy balloons, but it fails to get off the ground.