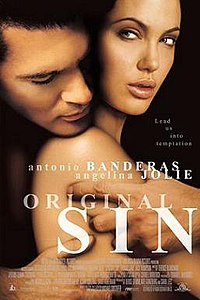 Original Sin is set in late 19th century Cuba during the Spanish rule, and flashes back and forth from the scene of a woman awaiting her execution while telling her story to a priest to the actual events of that story.