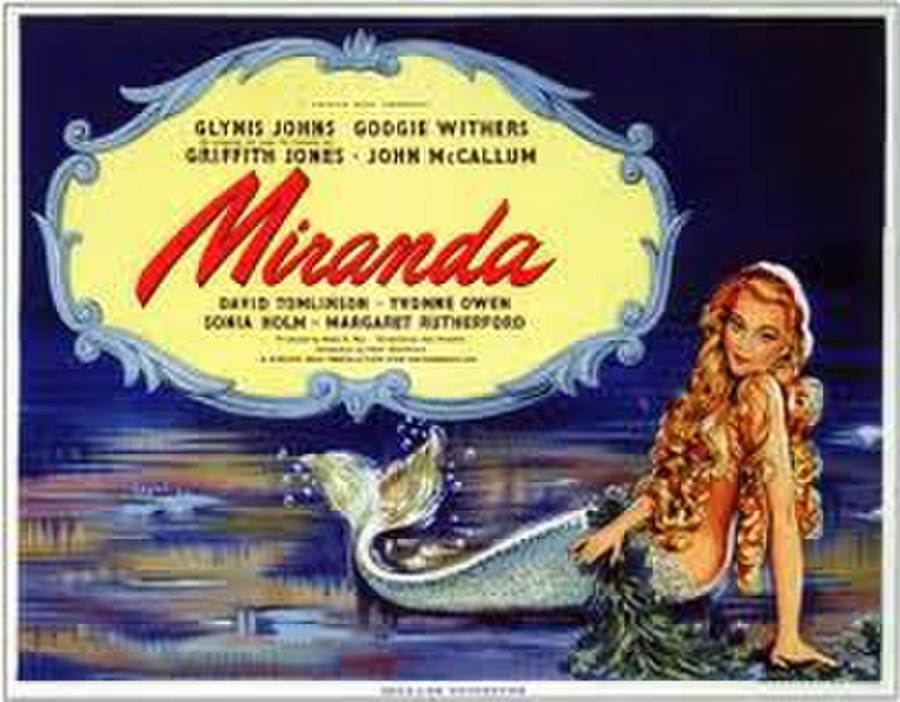 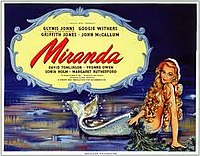 Miranda is a 1948 British comedy film, directed by Ken Annakin and written by Peter Blackmore, who also wrote the play of the same name from which the film was adapted. Denis Waldock provided additional dialogue. A light comedy, the film is about a beautiful and playful mermaid played by Glynis Johns and her effect on the men in she meets (played by Griffith Jones, John McCallum and David Tomlinson) . Googie Withers and Margaret Rutherford are also featured in the film. Glynis Johns and Margaret Rutherford reprised their roles in the 1954 sequel, Mad About Men.

With his wife uninterested in fishing, Dr. Paul Martin goes on a holiday on the Cornwall coast alone. There he snags Miranda, a mermaid, and is pulled into the water. She keeps him prisoner in her underwater cavern and only lets him go after he agrees to show her London. He disguises her as an invalid patient in a wheelchair and takes her to his home for a month-long stay.