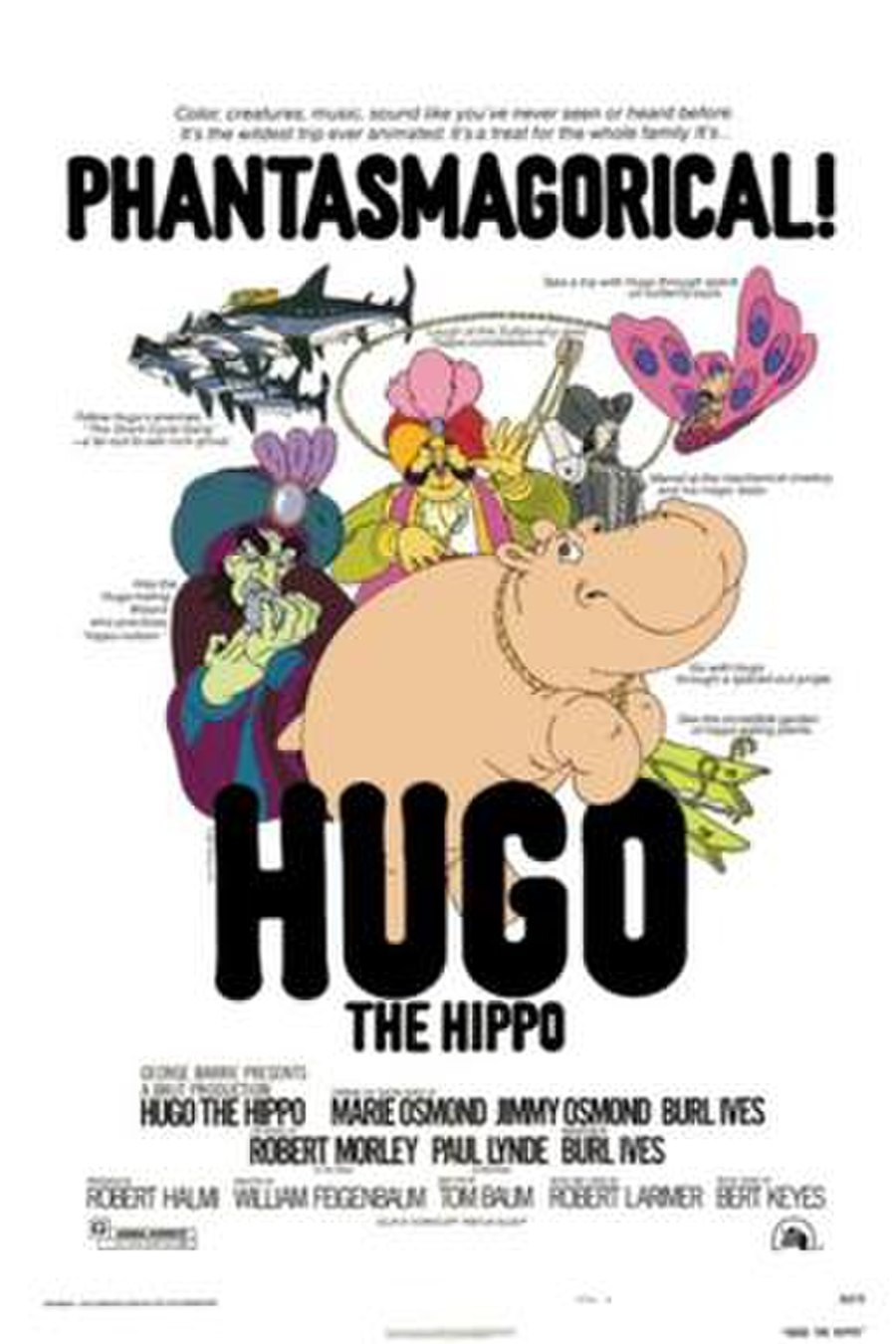 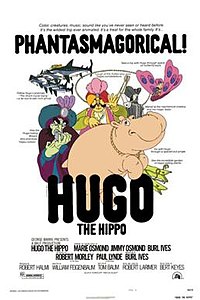 Hugo the Hippo is a 1975 animated film produced by the Pannónia Filmstúdió of Hungary and co-produced in the United States by Brut Productions, a division of French perfume company Faberge. It was released in Hungary in 1975 and in the United States in 1976 by 20th Century Fox (as its first animated feature distribution). The film was directed by William Feigenbaum and József Gémes (who directed the animation).

The harbor of Zanzibar becomes infested with a group of vicious sharks, which makes it impossible for trading ships to dock. In an attempt to fix the problem, the Sultan charges his advisor, Aban-Khan, to bring twelve hippos from Africa into the harbor to keep the sharks away. His idea works well enough, but once the hippos are no longer a novelty and the people no longer feed them, they begin to starve. After the hungry hippos rampage through the city looking for food, Aban-Khan viciously slaughters all the hippos except one, a little baby hippo named Hugo. Hugo escapes across the sea to the city of Dar es Salaam, on the African mainland.