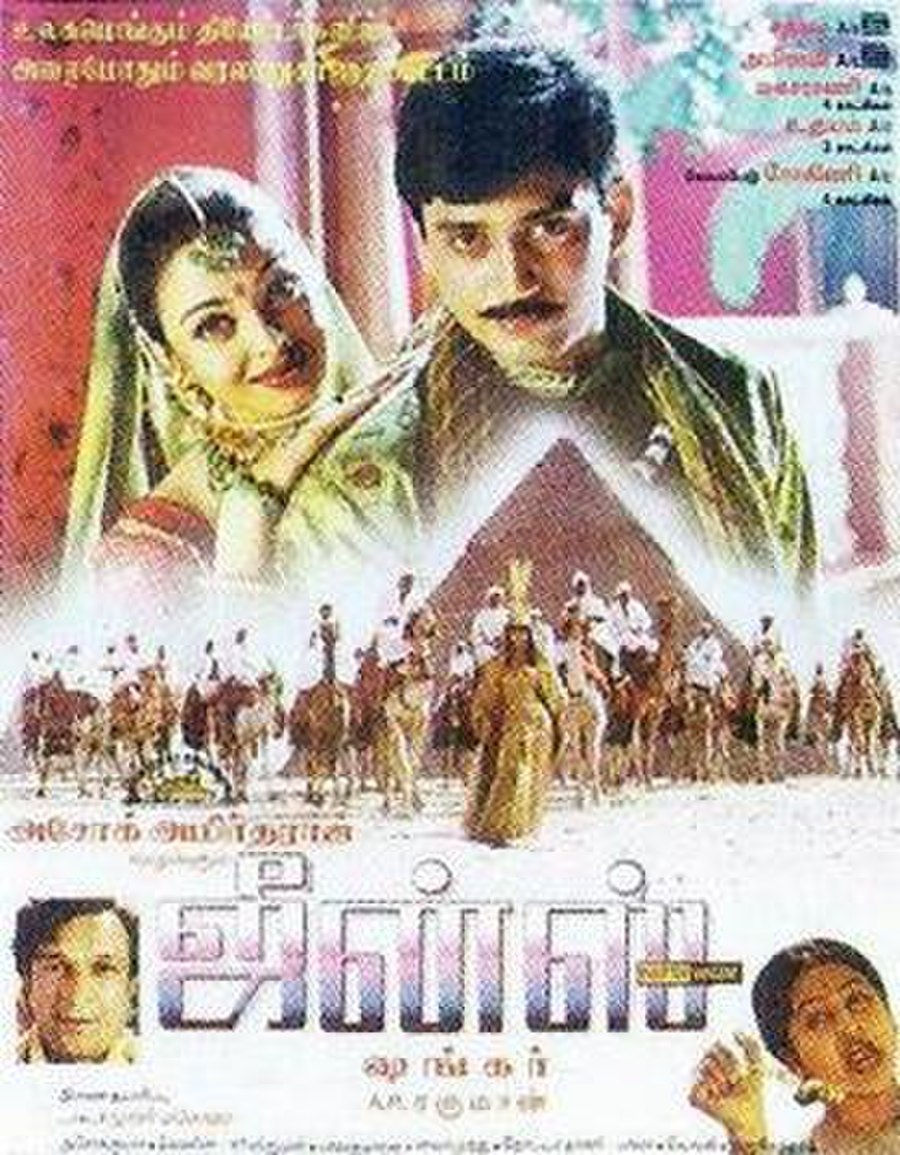 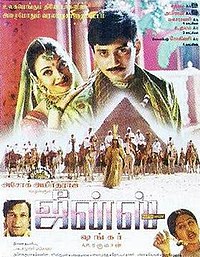 Jeans is a 1998 Indian Tamil-language romantic comedy film written and directed by S. Shankar, and produced by Ashok Amritraj and Murali Manohar. The film stars Prashanth and Nassar in double roles each along with Aishwarya Rai, while Lakshmi, Raadhika Sarath Kumar, and Raju Sundaram play supporting roles. The film's background score and the soundtrack are composed by A. R. Rahman, while Ashok Kumar and the duo B. Lenin and V. T. Vijayan handled the cinematography and editing respectively.

Nachiappan is a wealthy and successful Indian American restaurateur based in Los Angeles. He has two sons– Viswanathan "Visu" and Ramamoorthy "Ramu"– who are identical twins. They both are medical students and spend their evenings helping out their father alongside the restaurant's chief cook, Juno. One evening, when Visu & Ramu go to the airport to do their lunch supply, Visu sees an Indian Tamil family from Chennai– Madhumitha "Madhu", her younger brother Madhesh, and their grandmother Krishnaveny– having some problems with the immigration authorities. Visu pitches in to help and learns that they just flew in from India so that Krishnaveny can undergo a surgery to remove her brain tumour. After many confusions, the trio meets with Ramu also. The twins arrange for the three to reach their host.