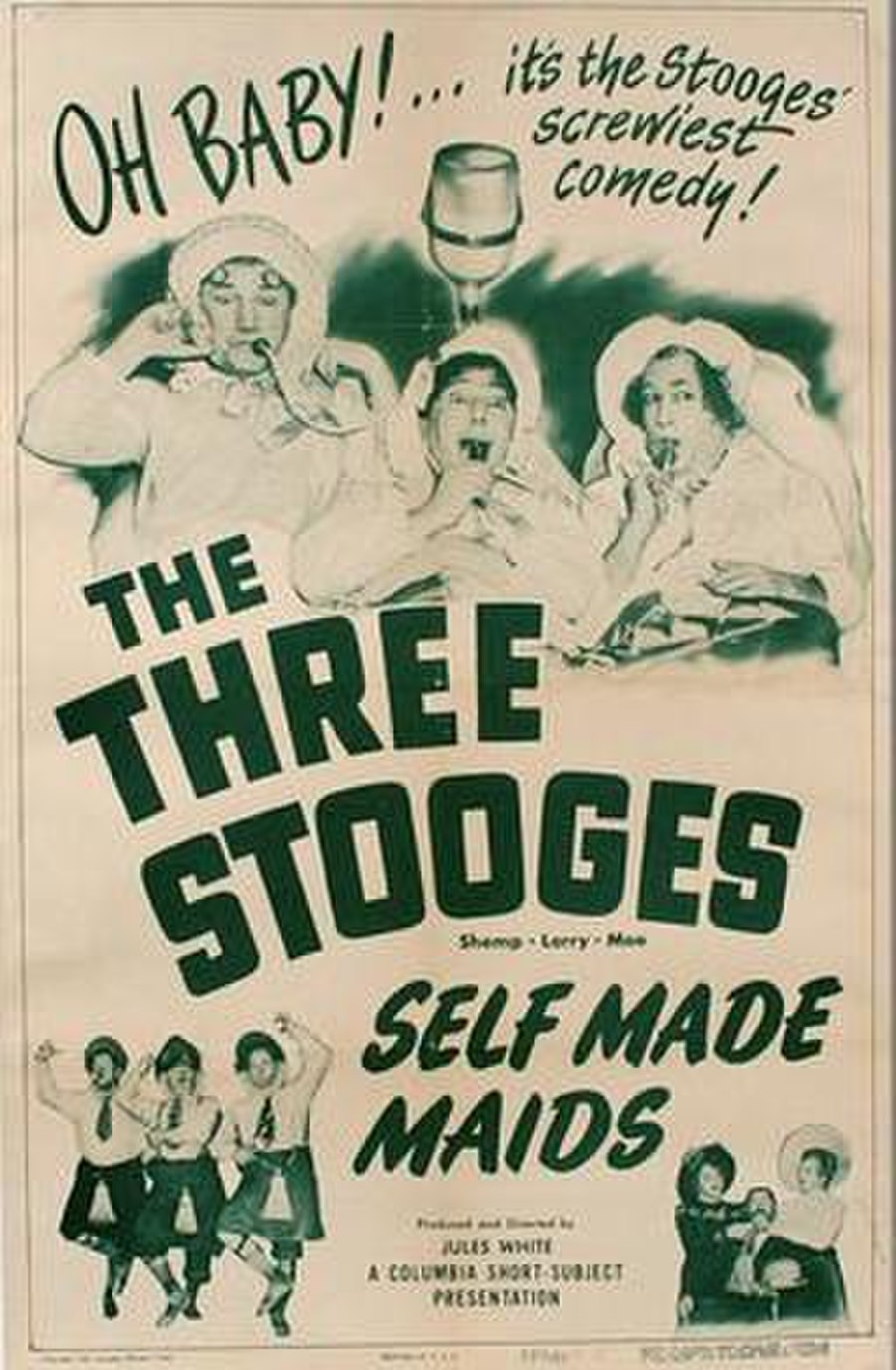 Self-Made Maids is a 1950 short subject directed by Jules White starring American slapstick comedy team The Three Stooges (Moe Howard, Larry Fine and Shemp Howard). It is the 124th entry in the series released by Columbia Pictures starring the comedians, who released 190 shorts for the studio between 1934 and 1959.

The Stooges are artists who fall in love with three models, Larraine, Moella and Shempetta. The short begins with the three models getting ready for their portrait sitting. After they are finished, they do not want to be late, and begin to skip out of the door. Larraine and Shempetta crash into the wall while Moella falls into the next room. At the studio, the Stooges accidentally ruin each other's work, but calm down when the models arrive. The models agree to the Stooges' proposals, and they go to ask their father for their hands in marriage. The Stooges bump into the models' father, but do not know his identity. He gets mad at them, but the Stooges get even with their usual style. The models' father later denies their proposal request when he recognizes them as the "hoodlums" who accosted him earlier. After a wild chase around the house, the Stooges catch him, and tickle his feet until he changes his mind. Eventually, he agrees, and the boys marry their girls. Later, all three couples finally have a baby of their own.