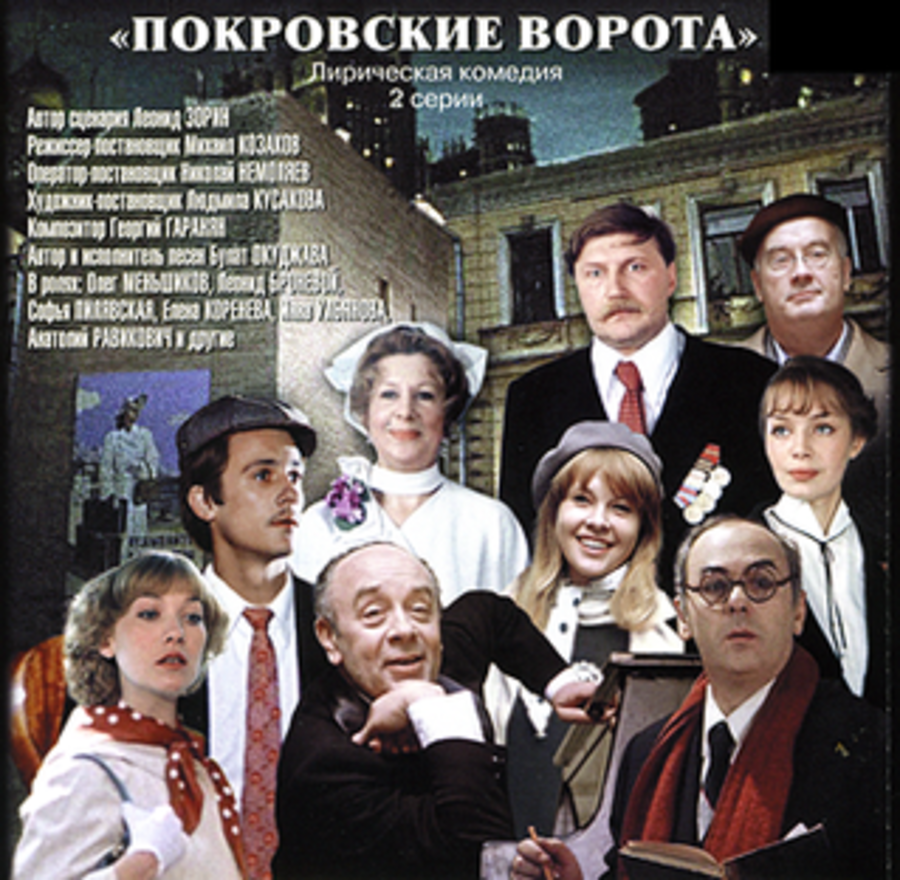 The Pokrovsky Gate is a 1982 Soviet comedy film produced for television by Mosfilm. It was directed by Mikhail Kozakov and stars Oleg Menshikov, Leonid Bronevoy, and Inna Ulyanova. The screenplay is based on a 1974 stage play by Leonid Zorin.

The story takes place in the 1950s. Konstantin “Kostik” Romin (Oleg Menshikov) has come to Moscow to study history and is staying with kindly aunt Alisa (Sofya Pilyavskaya), who lives in a "communal apartment" building there. His life soon becomes intertwined with those of the other residents. Among them are Margarita Pavlovna (Inna Ulyanova) and both her former husband Lev Khobotov (Anatoly Ravikovich), a publisher of foreign poetry, and her new beau, World War II veteran and engraver-turned-teacher Savva Ignatevich (Viktor Bortsov).