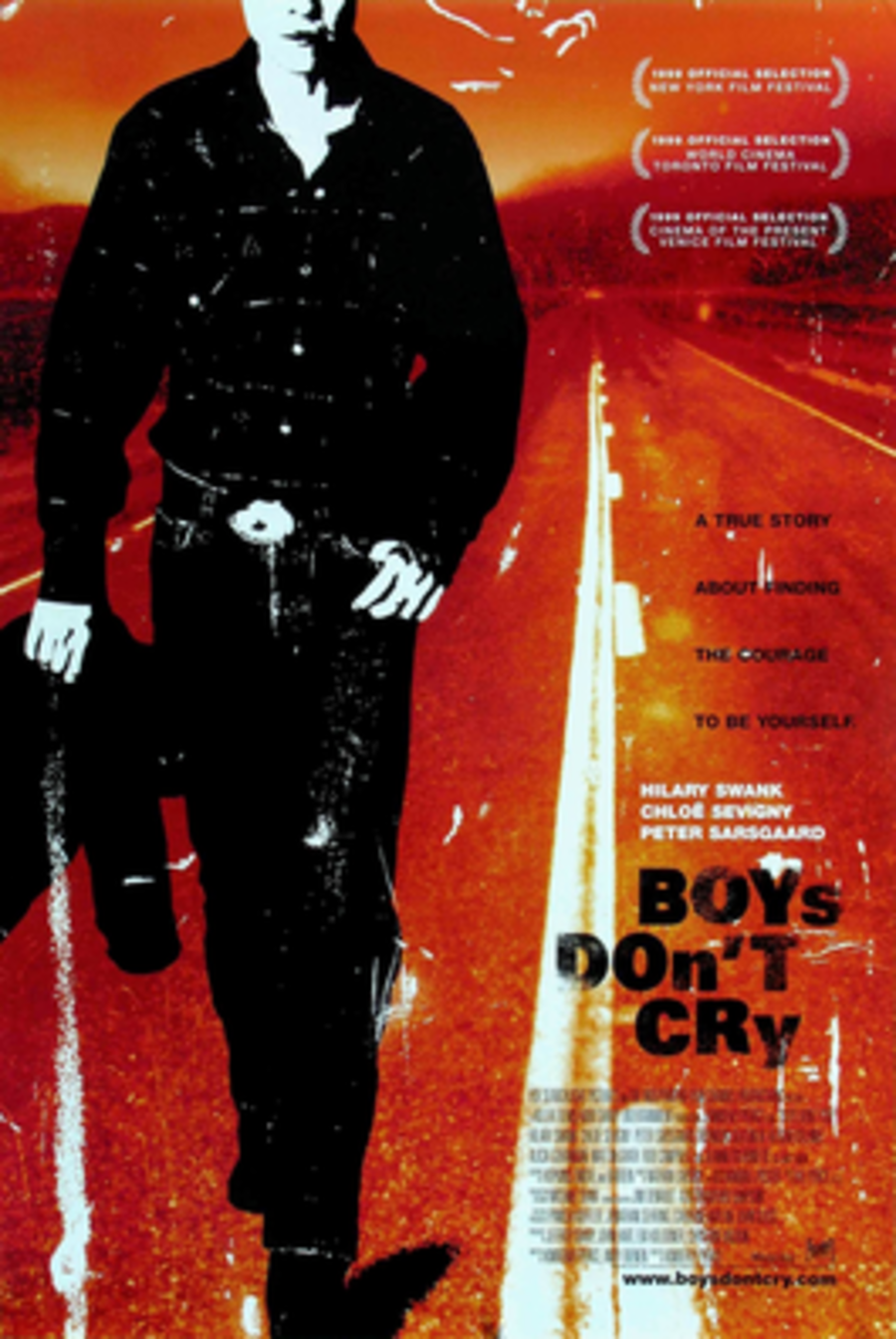 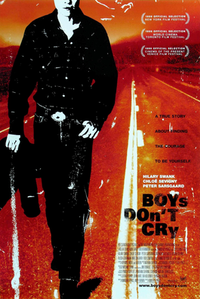 Boys Don't Cry is a 1999 American biographical film directed by Kimberly Peirce, and co-written by Peirce and Andy Bienen. The film is a dramatization of the real-life story of Brandon Teena (played in the film by Hilary Swank), an American trans man who attempts to find himself and love in Nebraska but falls victim to a brutal hate crime perpetrated by two male acquaintances. The film co-stars Chloë Sevigny as Teena's girlfriend, Lana Tisdel.

Brandon Teena is a young trans man whose birth name was Teena Renae Brandon. When Brandon is discovered to be transgender by a former girlfriend's brother, he receives death threats. Soon after, he is involved in a bar fight and is evicted from his cousin's trailer. Brandon moves to Falls City, Nebraska, where he befriends ex-convicts John Lotter and Tom Nissen, and their friends Candace and Lana Tisdel. Brandon becomes romantically involved with Lana, who is initially unaware both of his actual anatomy and his troubled past. The two make plans to move to Memphis, where Brandon will manage Lana's karaoke singing career. Eventually, they kiss during a date night which ends with them having sex.