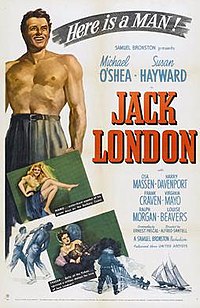 Jack London, also known as The Story of Jack London, is a 1943 American biographical film made by Samuel Bronston Productions and distributed by United Artists. It was directed by Alfred Santell and produced by Samuel Bronston with Joseph H. Nadel as associate producer, from a screenplay by Isaac Don Levine and Ernest Pascal based on the 1921 book The Book of Jack London by London's second wife, Charmian London.

The film follows the adventures of the writer-adventurer Jack London (Michael O'Shea) who was, among other things, oyster pirate, hobo, sailor, prospector and war correspondent.