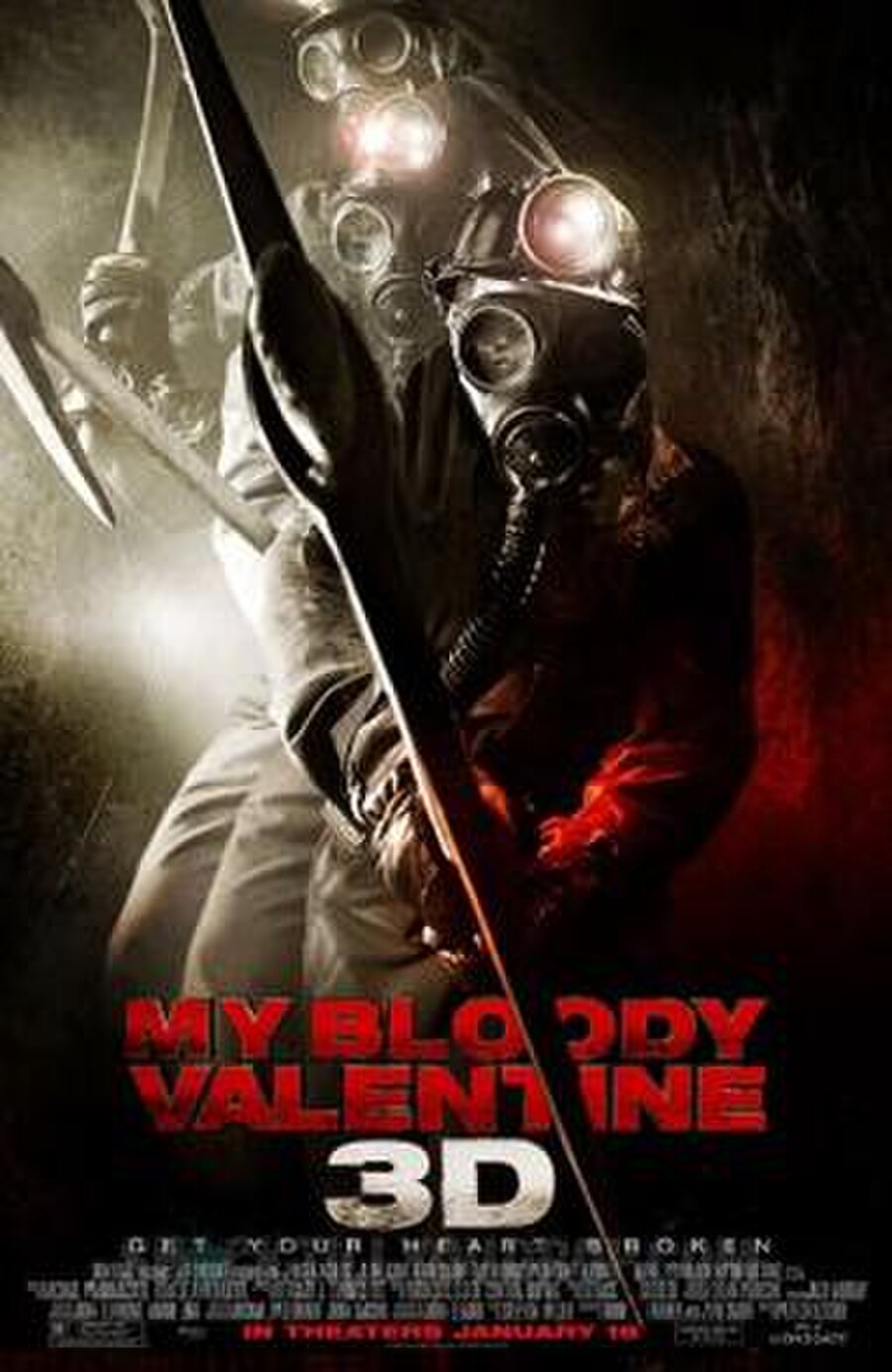 My Bloody Valentine 3D is a 2009 American slasher film directed and co-edited by Patrick Lussier, and starring Jensen Ackles, Jaime King, Kerr Smith, and Kevin Tighe. It is a remake of the 1981 Canadian slasher film of the same name. The film focuses on the residents of a small town that is plagued by a serial killer in mining gear on Valentine's Day.

On Valentine's Day 1997, six miners are trapped underground by an explosion at the Hanniger mine in the mining community of Harmony. By the time rescuers reach the miners, they find only comatose Harry Warden still alive. Further investigation reveals that Warden killed the other miners to conserve oxygen. Tom Hanniger, son of the mine's owner, is blamed for the explosion. One year later, Warden awakens from his coma and murders numerous patients and staff, leaving a victim's heart in a box of chocolates. While Tom, his girlfriend Sarah, their friends Irene and Axel, and other teenagers party inside the mine, Warden – wearing mining gear and a gas mask – attacks them with a pickaxe. Sarah, Irene, and Axel escape but Tom is left behind with Warden. Sheriff Burke arrives and shoots Warden before he can kill the severely traumatized Tom, but Warden staggers away deeper into the mine.