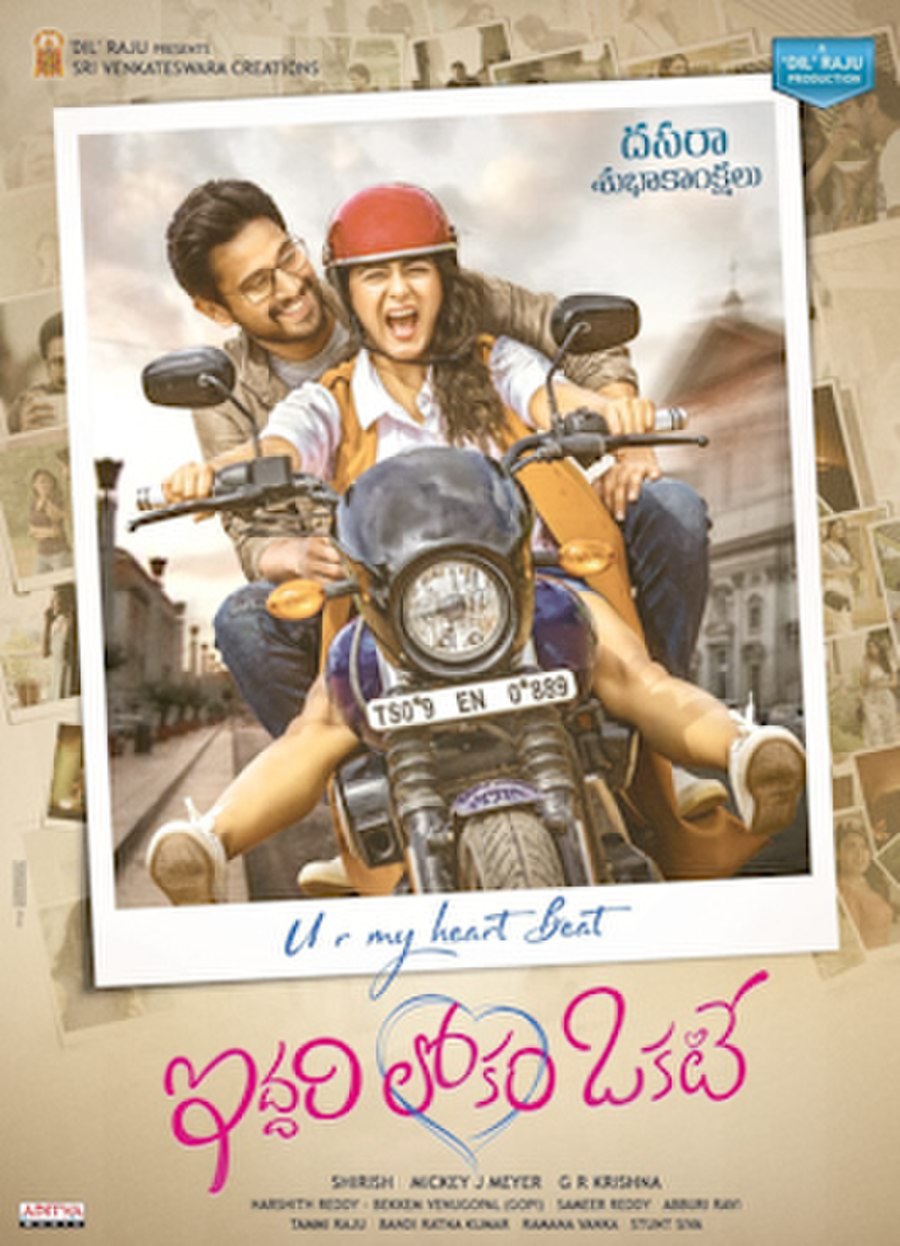 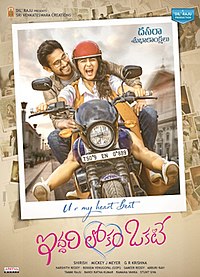 Iddari Lokam Okate is a Telugu-language romantic drama film directed by G.R. Krishna and produced by Sirish under Dil Raju's Sri Venkateswara Creations. It's a remake of 2011 Turkish film Love Likes Coincidences. The film starring Raj Tarun, Shalini Pandey and Nassar. It follows story of Varshini (Pandey) and her chance meetings with Mahe (Tarun). The music of the film is composed by Mickey J Meyer.

The story is about childhood sweethearts Mahi and Varsha who get separated when Varsha goes to city for further studies. 20 years later Mahi runs a photo gallery and exhibits varsha's childhood photo in it . Varsha in the same city goes to the gallery and sees her picture and gets shocked. But she is a bit confused whether it is her pic or not . Actually that pic is last pic mahi has as his grandpa used to Run a photo studio in there village and Varsha once came there to take picture. Varsha goes to the admin that is mahi and asks about the picture. Mahi says" hi Varsha I know you " and Varsha gets shocked . Eventually love blossoms in betwwon them and the rest of the story is very cute and Romantic love story between them.