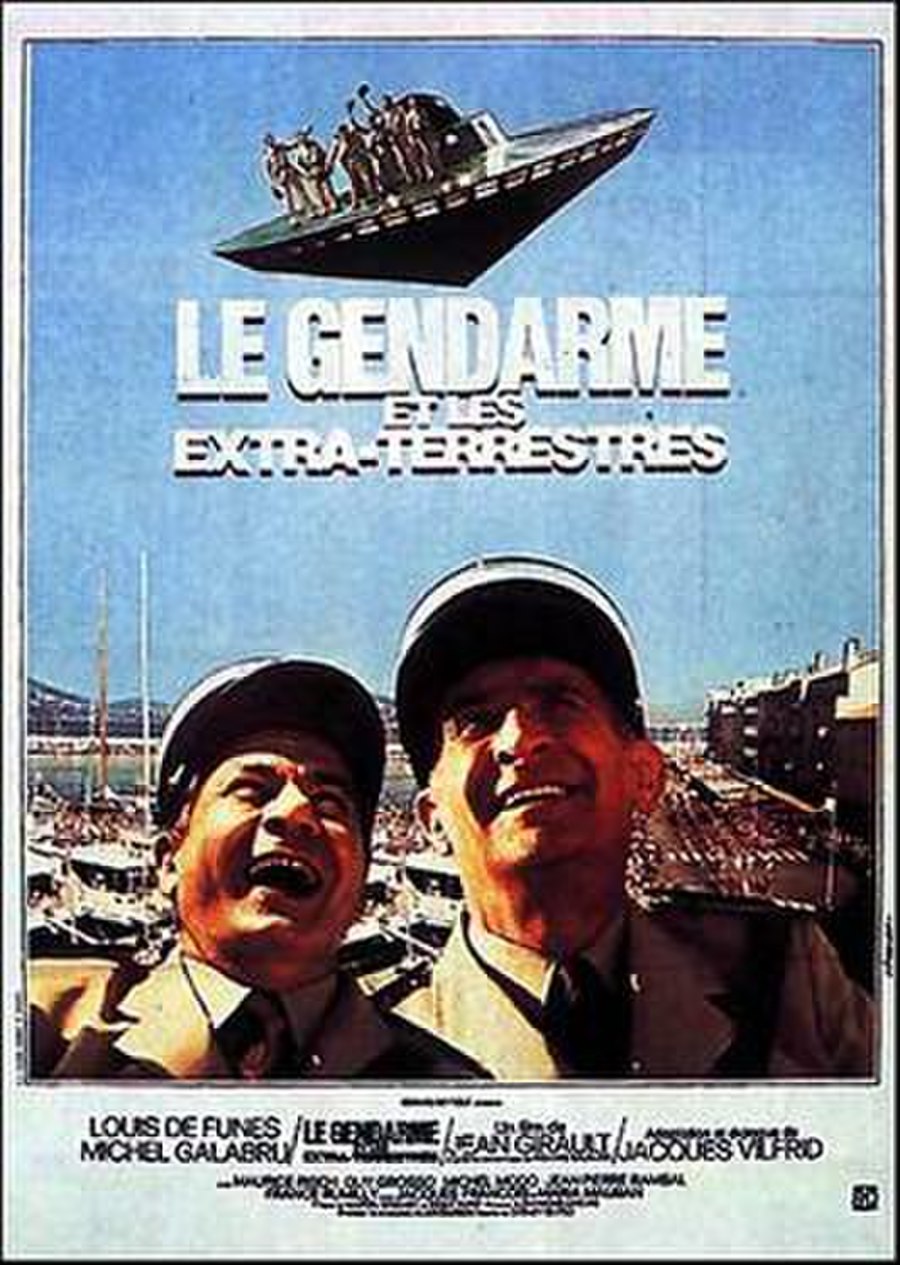 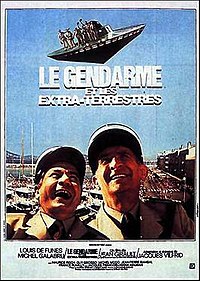 The Gendarme and the Extra-Terrestrials 1979

The actions once again take place in the small French town of Saint-Tropez. While driving with one of his gendarmes, Cruchot (Louis de Funès) has to stop in order to fix the car. The gendarme wanders away and sees a flying saucer in a field which then flies away. He tries to tell Cruchot and the rest of the station, but they don't believe him. Shortly after, the same occurs with Cruchot and the chief of the gendarmes. This time it is Cruchot who wanders away and sees the saucer, however the chief does not believe him. Later on, when the same gendarme is doing paperwork in the office, a young man appears in front of him and says that he is a part of an alien expedition which has arrived to Saint-Tropez in order to examine humanity as people from all around the globe go to Saint-Tropez during the summer. The alien demonstrates its shapeshifting ability by transforming into the same gendarme it is talking to. The gendarme runs and tells Cruchot, who doesn't believe him. In the midst of the racket, the chief comes and sends the gendarme away. The chief reveals that he is actually an alien disguised as the chief, and when Cruchot doesn't believe him the alien becomes agitated and uses laser vision to cause damage to Cruchot's room. He relents when a watch on his hand flashes red and drinks something out of a flask. The alien begins coughing and upon hitting it on the back, Cruchot discovers it makes a metallic sound. Later on when the real chief arrives, Cruchot stabs him with a screwdriver thinking that it is the alien. The chief orders Cruchot out, since the supervisor will come in tomorrow to check up on the station. During the check up, Cruchot notices the same watch on the supervisor as on the alien he saw last night and attempts to attack him. The gendarmes hold him back while the alien supervisor flees, and the real supervisor arrive. Cruchot once again stabs the real supervisor thinking he is an alien. He is arrested, but escapes the station.