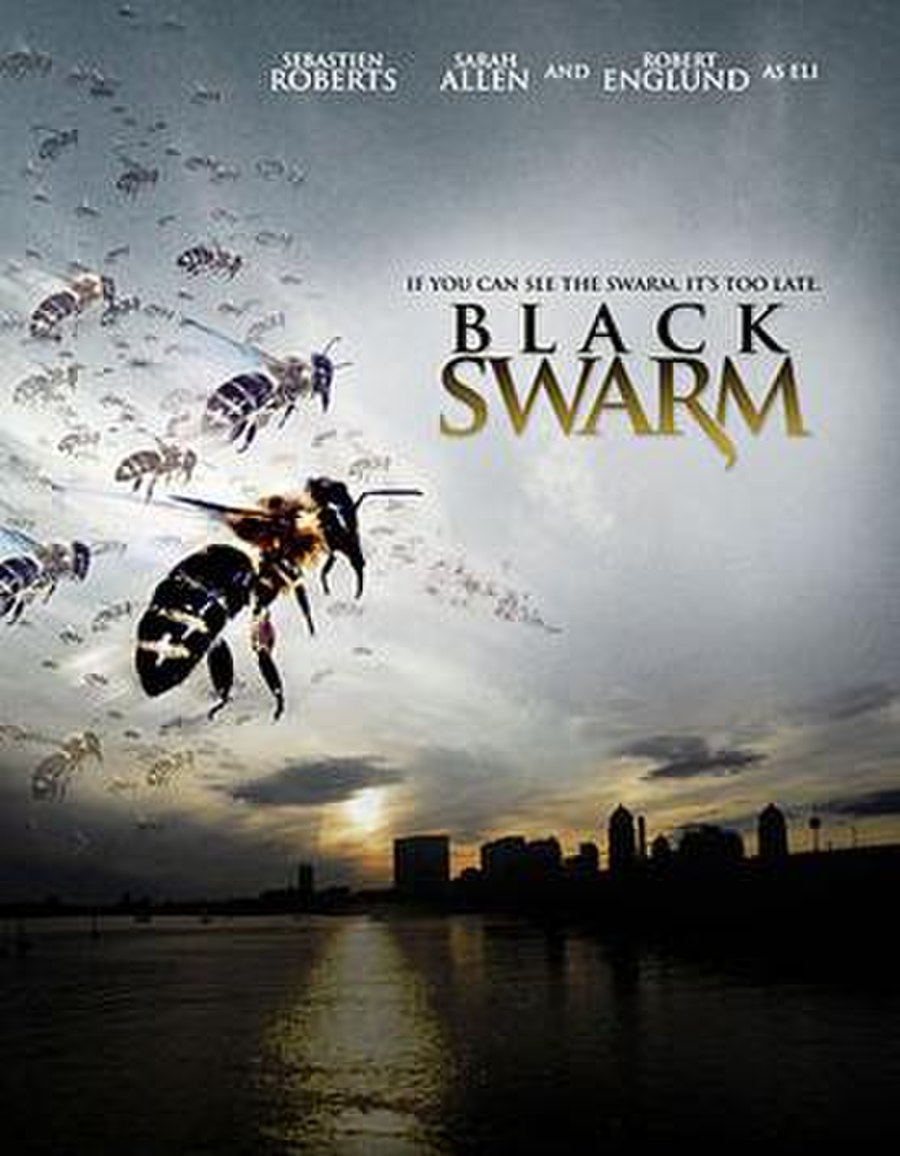 Black Swarm is a 2007 Canadian suspense film directed by David Winning. Actor Robert Englund plays a mysterious beekeeper who has a secret to hide in the small town of Black Stone. It is the 9th film of the Maneater Series.

A widow, Deputy Sheriff Jane Kozik, moves from Manhattan to Black Stone, New York, with her nine-year-old daughter Kelsey Kozik. There, she expects to find a safe place to live. The day after moving, a homeless man is found dead in the tool shed of Jane's blind friend Beverly Rowe. Devin Hall and the entomologist Katherine Randell are summoned to help with the investigation. Devin is Jane's brother-in-law and former boyfriend, and Jane still has a crush on him. Meanwhile, Kelsey befriends the scientist Eli Giles, who has developed genetically modified wasps for the army as a weapon, and now he is trying to revert the process. When the wasps attack Black Stone, Jane, Devin and Eli team-up to attempt to destroy the swarm.