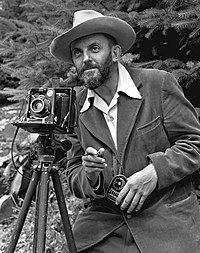 Ansel Adams: A Documentary Film is a 2002 documentary and biographical film that traces the life of the American photographer Ansel Adams. He is most noted for his landscape images of the American West. The film is narrated by David Ogden Stiers and features the voices of Josh Hamilton, Barbara Feldon, and Eli Wallach. It was broadcast on PBS as part of the series American Experience.