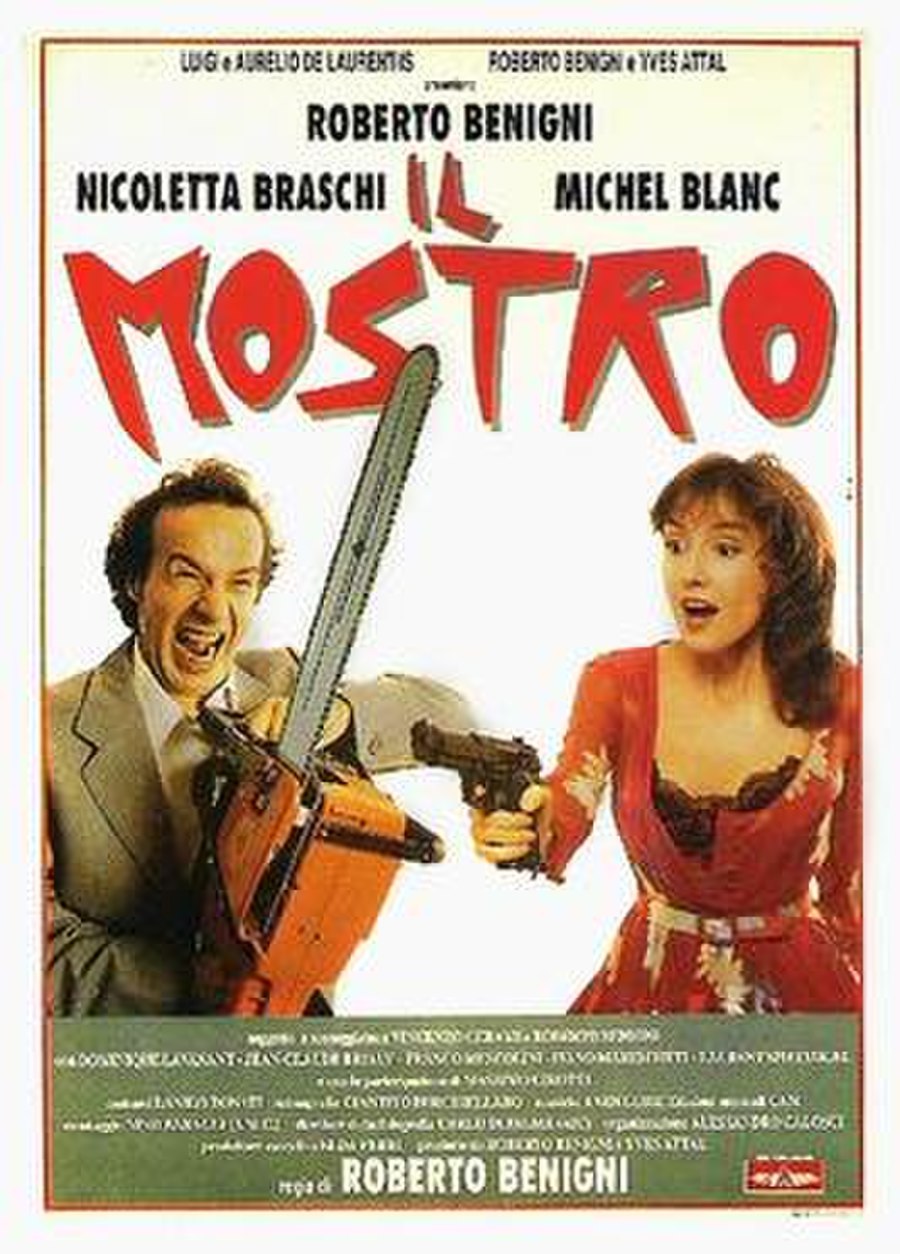 The Monster (Italian: Il mostro) is a 1994 Italian-French comedy film, starring Roberto Benigni as a man who is mistaken by police profilers for a serial killer due to a misunderstanding of the man's strange behavior. This film was, at the time it came out, the highest-grossing film in Italy, bested later by another Benigni film, Life is Beautiful.

Loris (Roberto Benigni) is a part-time mannequin handler for a department store. He hopes to learn Chinese in order to get an assistant manager position. He lives in a building where he hasn't paid the rent in months, and he also owes money to other people around town.